“If you know anything about agriculture, you’ll know it’s all about design, about engineering and innovation... Harper Adams is a really exciting engineers’ and inventors’ playground!" 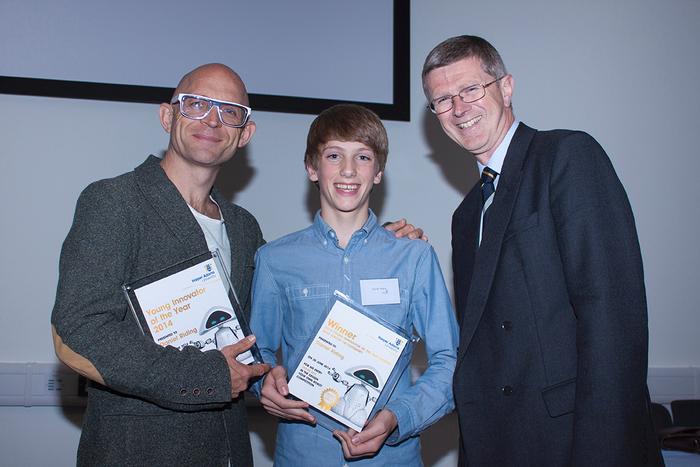 Daniel submitted one of 50 shortlisted entries, from a field of 1,000, to the inaugural competition, which was celebrated at an awards ceremony in the Harper Adams Agricultural Engineering Innovation Centre on Monday (June 30)

Awards host Jason Bradbury - well known TV presenter, inventor and gadget lover -  was brimming with enthusiasm for the event. He told his audience that he knew the University’s agricultural roots well, due to being raised in the Lincolnshire countryside and having been a Young Farmer, but he was most excited about the engineering innovations being developed on campus.

“If you know anything about agriculture, you’ll know it’s all about design, about engineering and innovation. They make unmanned aerial vehicles here as well as all kinds of other cool stuff. I saw a big 4x4 that they had made from scratch in the car park - Harper Adams is a really exciting engineers’ and inventors’ playground!

“This competition galvanised young people around that and it brought them to this environment. In terms of getting kids off the couch and into the classroom, thinking about stuff and doing things that are innovative and inventive, I could not think of a better idea!

“We are surrounded by consumer electronics, virtual reality, mind control devices, computer games - whatever it is that is inspiring the youth of today, this competition tuned into all of that.

“It said ‘Use some of those ideas, use your knowledge of how things work, such as the functionality you have got in your mobile phone or your car or in your gaming console, and imagine it as a robotic thing – something that solves a problem and does something useful for us. Get it down on paper, or make a website or a video, and if it’s good enough you will end up here at a proper university, where they engineer real, physical things’.”

Jason personally congratulated all of the shortlisted entrants and presented six category awards before 14-year-old Daniel Riding, from Clitheroe, Lancashire, was named Young Innovator of the Year.

Competitors had been asked to design a robot that could solve one of society’s problems. Daniel, a pupil at Oakhill College, Whalley, put forward the HedgeBot, a solar-powered robot designed to help the agricultural community cut down on fuel, machinery and time spent on maintaining the lands countryside hedges by automatically trimming them down.

Daniel said: “It’s amazing. I didn’t expect to win! I live in the countryside and sometimes see the hedge cutters. I thought it wasted a lot of time for farmers because they’ve got to do it manually, so the three separate arms on the robot would do the jobs more quickly than going forwards and backwards with a tractor.”

Daniel’s winning design was brought to life using augmented reality by Telford-based Bronze Software Labs. He and fellow finalists were able to use tablet computers to see the animated robot in action over lunch after the awards ceremony. Daniel was the under 14 boys’ category winner. The full list of other winners can be found at harper.ac.uk/innovator

The importance of robots to our society was highlighted the day after the Young Innovator Awards, when the Government’s Technology Strategy Board revealed that it would invest more than a quarter of its budget for the coming year in the UK robotics industry.

Science minister David Willetts emphasised that robots should not be viewed as a thing of the future. “They are very much of the here and now,” he said. "Britain has a wealth of expertise in robotics and autonomous systems, and that is why it has been identified as one of our eight great technologies.” Read more in the TSB’s delivery plan for 2014-15

Find out more about the robots being developed at Harper Adams University here. 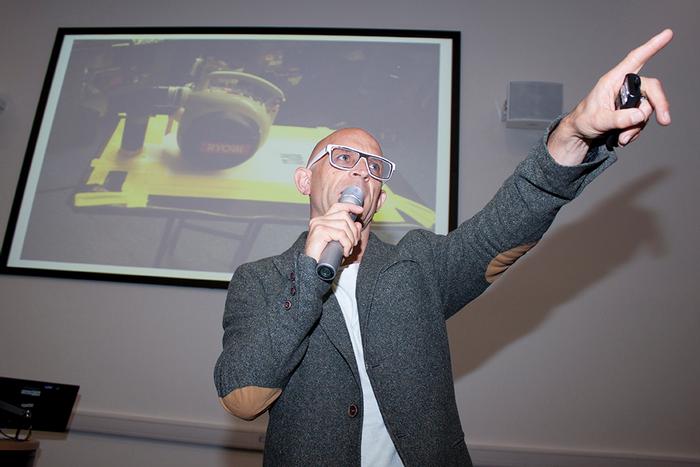 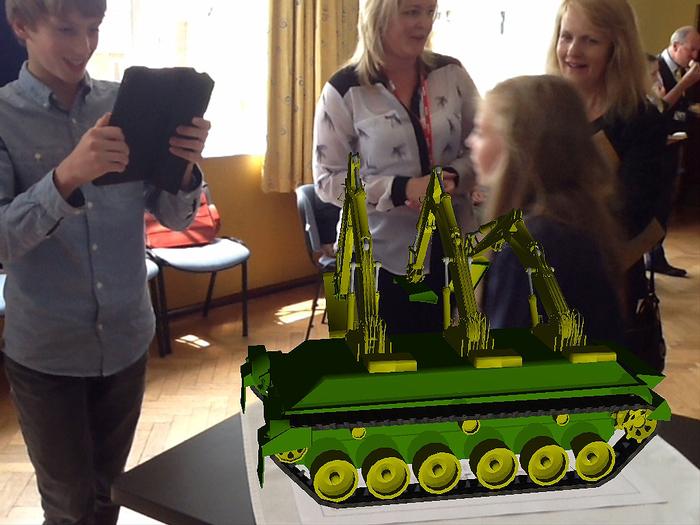