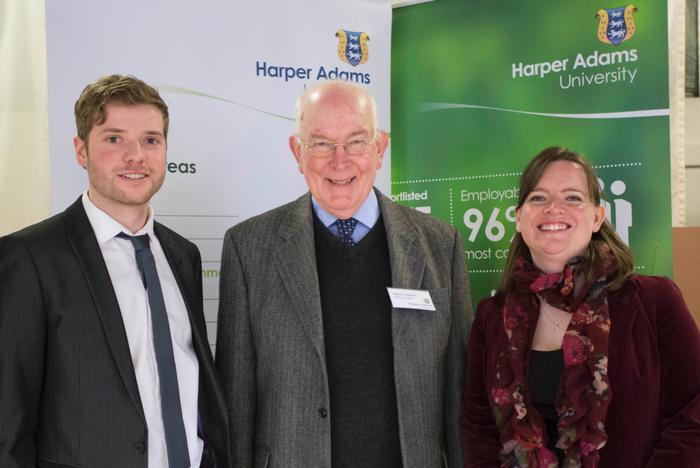 Two students at Harper Adams University have been awarded £10,000 scholarships from the Jean Jackson Charitable Trust.

Both will use the awards to support them while they undertake voluntary placement years serving the countryside sector.

Anoushka Nutting, 37, is a second year BSc/BSc Hons Countryside and Environmental Management. She said: “I have been fortunate enough to secure a voluntary placement with Shropshire Wildlife Trust, during this time I will be involved in a number of different areas including public engagement, conservation projects and wildlife and habitat surveying.

“I applied for this scholarship as I knew it would make a significant difference to my placement year by enabling me to use the experience to its full potential. I also felt an affinity with the aims of the Jean Jackson Charitable Trust and knew that being awarded such an esteemed accolade could support my future career prospects.

“I feel delighted, proud and extremely honoured to have been selected for such a prestigious award,” added Anoushka, who lives in Great Wyrley, Staffordshire, but grew up in West Bromwich.

Jay Williams, 23, who grew up just outside Bristol but whose family home is in Astley, north Shropshire, is a second year BSc Hons Wildlife Conservation with Natural Resource Management student. He said: “I plan to use the Scholarship to financially aid a year’s voluntary placement which I am undertaking with the National Trust at Attingham Park as a member of the ranger team. The placement will involve the management of the estate and deer herd as well as involvement with ecological and educational aspects.

“The award was open to all students volunteering within Shropshire and as it was my intention to work in this county with the National Trust, I leapt at the opportunity. The award will allow me to fully immerse myself in the job role and learn as much as possible by dedicating more of my time. This simply wouldn’t be possible without it.

“I feel incredibly lucky and honoured to be chosen as a scholar for the Jean Jackson charity. I feel that my efforts are appreciated by other people who understand the need for conservation and education.”

Jay said he would like to be a conservation area manager someday “and have a lasting, positive impact on the landscape of the British Isles”.