I believe the Harper Adams team did well, as they went for a simplistic design which was created after carefully looking at each task’s specifications."

Dr Ianto Guy, Head of Off Road Vehicle Design and Final Year Senior Tutor, accompanied Joe Allin, 23, Josh Matthews, 23, Ali Taylor, 24, and Tom Lindley, 23, to the event. He said: “Most of the teams at the competition were from other universities, although a couple were from industry.

“We had a relatively small team, the others had around 10 to 15 members – so I was pleasantly surprised with how well the students did.

“Our team was quite unusual, as the students were agricultural engineers, while the other competitors were mostly on computer science, or similar, courses.

“I believe the Harper Adams team did well, as they went for a simplistic design which was created after carefully looking at each task’s specifications.

“Some of the other teams were using pre-existing robots and then trying to adapt them to be suitable.

“The competition was made up of four elements. Firstly, there was a basic navigation task where the robots had to autonomously navigate down 10 rows of maize, which were 15 metres long.

“For the second part, instructions were given to each team on the path their robot was expected to follow through partial rows of maize.

“Teams had to quickly programme their robot before setting them off to navigate the requested route.

“Every time a team needed to manually move their robot, they were penalised.

“The third part was a smart sprayer. The robots moved down the same rows of maize again, but this time had to identify simulated weeds.

“The robots had to spray a small amount of liquid accurately onto the “weed”.

“The Harper Adams’s robot Eric came second in this element.

“The fourth task was seed drilling. The robots had to find the grain hopper from their starting line.

“It had to communicate with the grain hopper so that it would fill-up the seed drill and then had to plant two rows of seeds.

“I’m pleased to say the team managed to come first in this element.

“Teams came from a variety of countries, including Germany, Poland and Finland.”

Watch Eric in action in the video above. 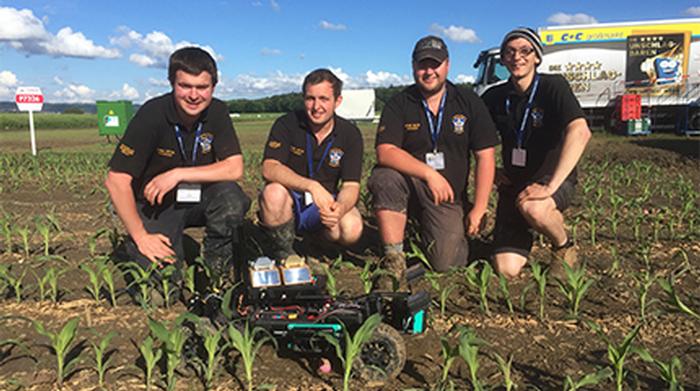 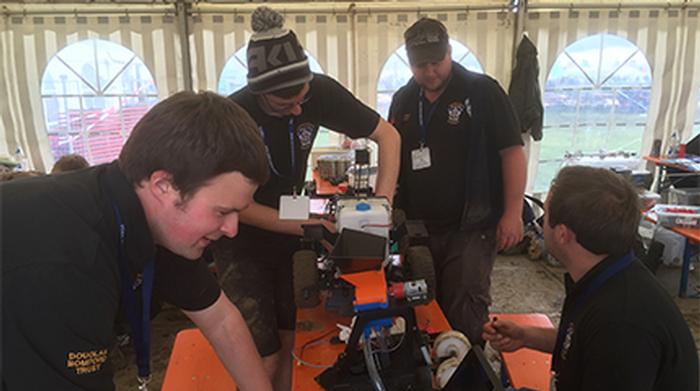