"I believe you have to go out and get what you want. Nobody is going to hand you everything on a plate." 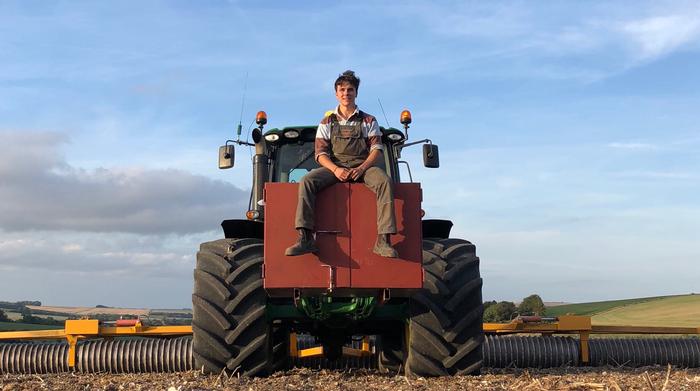 First year student Rory Lomas, 18, from Kingston Deverill, Wiltshire, has secured a prestigious bursary to assist in pursuing a career in crop production despite not coming from an agricultural background.

Rory, who is studying Agriculture with Crop Management, has received a John Innes Foundation Bursary after succeeding in a rigorous selection process.

He said: “Not being from a farming background is sometimes considered a barrier for young, enthusiastic, talented students who would like to make practical farming their career. We would normally award one Bursary per year, but we were presented with two outstanding candidates this year and we decided to award a bursary to both. They both had clarity and a real vision for the future of crop production.”

As part of his bursary package, Rory will be mentored periodically throughout his studies by Mr Norman and could be given the opportunity to work for Velcourt during vacations and join their management training scheme.

The John Innes Foundation supports scientific research, education, training and public engagement. Bursary candidates must be destined for a career in crop production or farm management, and must not come from a farming background.

Rory started his studies in September 2018, on the BSc (Honours) Agriculture with Crop Management programme. He didn’t grow up on a farm, but had the passion instilled within him from an early age.

“My grandfather ran a tea estate in Kenya but came back to the UK long before I was born,” Rory explained.

“When I was little he would captivate me about farming. I have been reading farming magazines since I was four –just looking at the tractors in the beginning – and for as long as I can remember farming is all I have wanted to do. It might surprise some people because, on the face of it, I am not from a UK farming family, but everything my grandfather told me stuck with me.

“I started gaining work experience when I was 12. We had moved to a village and I marched myself over to the nearest farm, introduced myself and asked to have a look around.

“I started gaining experience with livestock, mainly with sheep. Later, for three summers I worked harvest jobs and then, last summer, I worked for an estate where I was thrown in at the deep end, operating various bits of kit.

“I believe you have to go out and get what you want. Nobody is going to hand you everything on a plate. In fact, I wouldn’t want that anyway! You have to work for it. That’s the ethos I have been raised with and continue to follow.

“I am ecstatic to have received the bursary. I’m still in shock that I got it! When I applied I thought that at least I would get the experience; that if I didn’t try for it I wouldn’t get it. I am so pleased to have actually won the support.

“The application process was tough. The written application included several long sections; I had to write about various aspects of myself and my interest in farming. Then I was shortlisted for an interview, which was both comprehensive and in-depth. It was tough: the hardest interview I have ever done.”

Rory, who chose Harper Adams based on recommendation by farmers from a range of generations, plus its strong industry connections and high graduate employment rate, would like to eventually run a large, arable estate. Receiving the John Innes Foundation Bursary is a great step towards his dream. 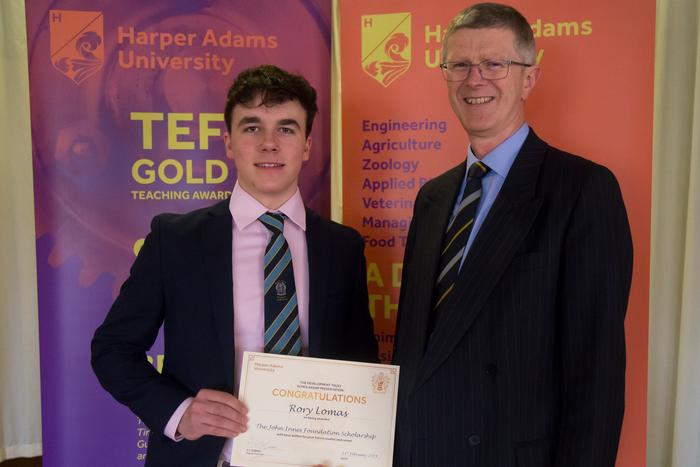