The National Centre for Precision Farming is inclusive, non-competitive, and used for networking, passing on of information and bringing people together. Its aim is to point farmers in the direction of someone who can help them with specific problems.

Precision farming is still an up-and-coming practice in agriculture in this country and some people are still sceptical. But the early practitioners used technology which is now employed in mainstream agriculture, and many farmers have modified their techniques because of what they've learned by adopting some aspects of precision farming.

The National Centre is a much-needed resource. While farmers are being expected to produce more food, there is a growing recognition of the need to protect soils, manage water and nutrient availability, and improve animal welfare.

Role of the centre

The Centre has two main roles. On the one hand, it promotes and evaluates the use of technology as a vital aspect of precision agriculture, building upon the university's reputation as an innovator in the field of engineering. Its work in the area of robotics in crop scouting and dairy production, for example, is already well-known in the agri-food sector. It has also developed automatic steering systems which use GPS, and can measure to within an accuracy of 2cms which sections of the field have been sprayed, resulting in less chemical wastage.

Using new technologies in this way can help improve and reduce the cost of food production by targeting inputs - doing the right thing, at the right time, in the right location. This is beneficial to both the bottom line as well as for the environment, as it aims to make the production process more efficient.

In arable farming, the concept reduces the size of management zones from farm, to field, to sub field areas. In livestock the obvious management unit is each individual animal. By utilising smarter machines it is also possible to improve the delivery of information to support better decision making.

The Centre's second role is to provide a focal point for the industry; offering a place for agriculturalists to meet and source information, and gathering and disseminating good practice from within the UK and abroad. To achieve this it has recently recruited experts in the fields of controlled traffic management, mechatronics and hydraulics.

Farmers can get advice from many sources but often it may be that they have to turn to those who might be trying to sell them equipment and/or services. Farmers need somewhere to go for independent advice.

As new technologies are developed an open forum is being provided by the Centre to critically assess and promote suitable methods for commercial exploitation. Current issues include, for example, compatibility between different ISOBUS (the new communication standard between tractors and smart implements) equipment providers and data exchange formats. 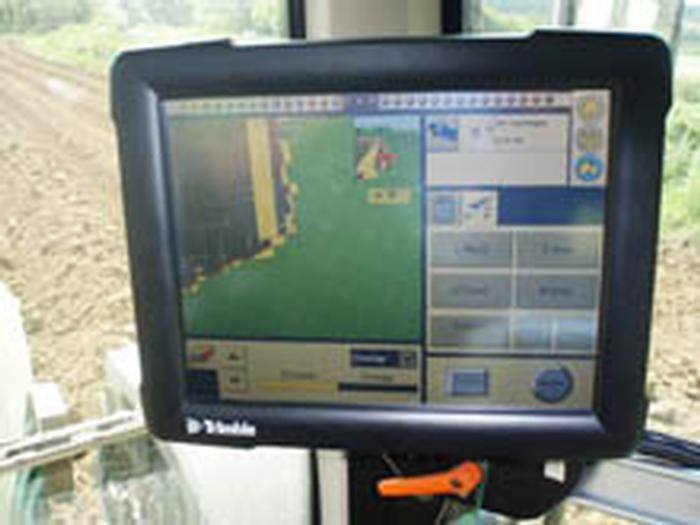 More needs to be done to bring new techniques and developments to a wider audience - the Centre does this.