Full university title and beyond

In December 2012 Harper Adams was award full university title. Dr David Llewellyn took the title Vice-Chancellor in line with the academic and administrative heads of most other UK universities. Significant investment has continued in to the campus, and Harper was named Modern University of the Year 2017 in the Times Good University Guide 2016, and Whatuni Awards 2016 University of the Year.

A new £2.3millon state-of the art dairy unit was officially opened in September 2009, and the £3million award-winning Regional Food Academy (RFA) was officially opened by HRH The Princess Royal in December 2009. In March 2010, Shadow Secretary of State for the Environment, Food and Rural Affairs, Nick Herbert MP, opened a new Postgraduate and Professional Development Centre, and in the same year the Faccenda (Student Centre) building and a new student hall of residence were opened. In October 2012 HRH The Princess Royal visited Harper Adams to open the new student halls of residence, which was named after the Princess. 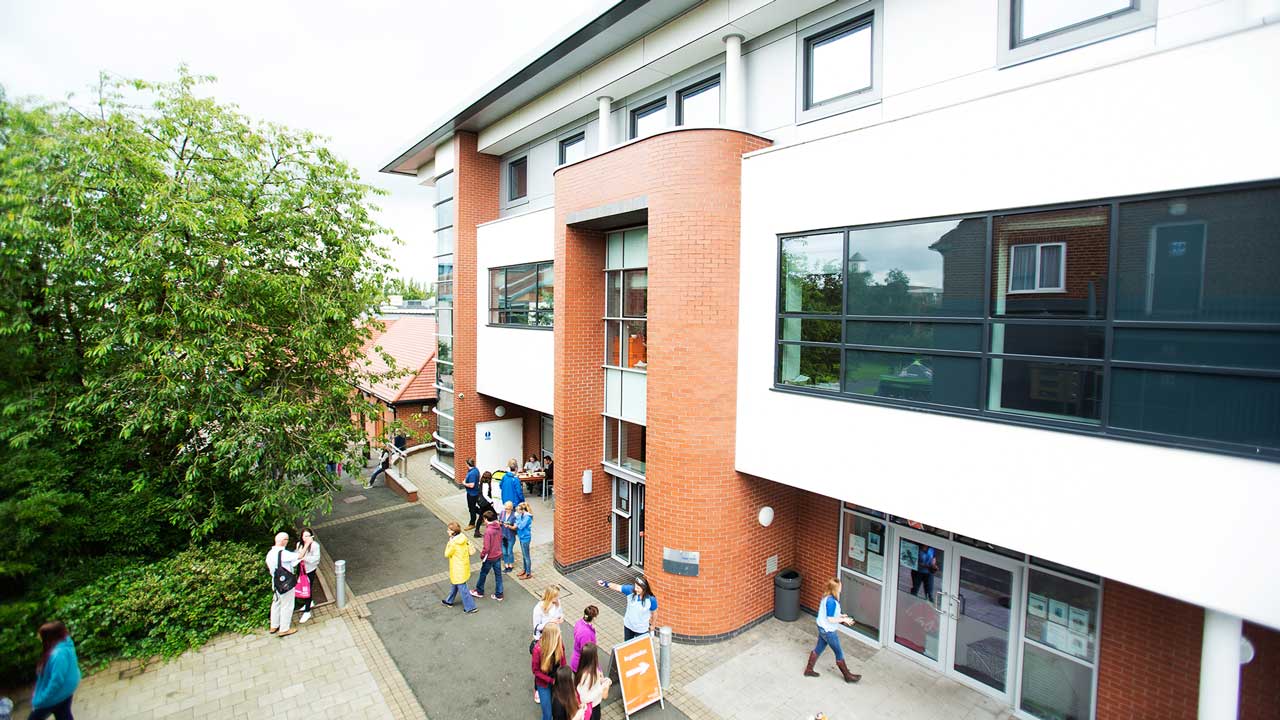 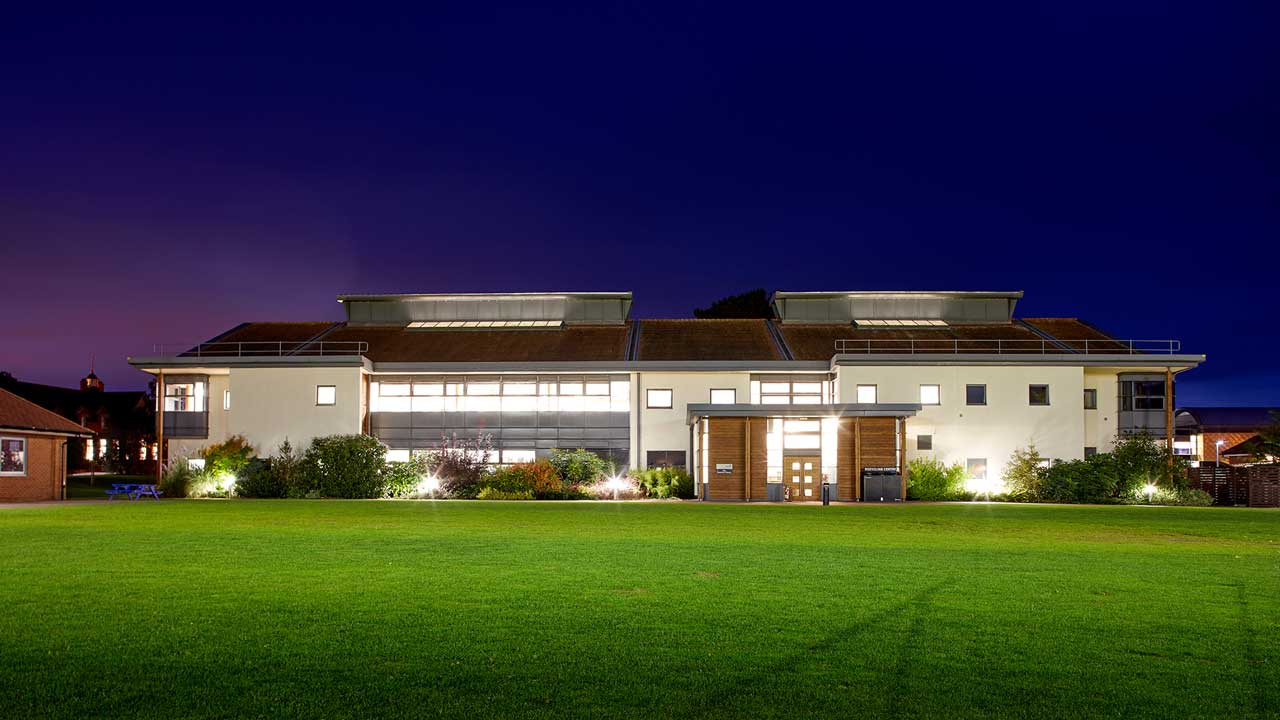 Moving into the 21st Century

Principal Wynne Jones (1996 to 2009) had the task of steering the College into the twenty-first century. Harper Adams evolved along with the industry that it serves, with a wide portfolio of courses including a raft of masters' programmes. Since 1998 Harper Adams has been officially recognised as University College.

Significant investment was made in learning and teaching resources. The Bamford Library opened in the 2003/04 academic year, and in June 2004, HRH The Princess Royal opened the newly refurbished teaching accommodation in the Foulkes-Crowther Building. Research was a real growth area and increasingly, it was undertaken by postgraduate students. The Privy Council granted Harper Adams Research Degree Awarding Powers (RDAP) in 2006.

More reorganisation took place under Principal Tony Harris (1977-94) and expansion in Higher Education saw student numbers pass the thousand mark by 1991-92. During this time the College widened the qualifications on offer, notably with the introduction of degree teaching in 1981. Harper Adams was one of the earliest providers of a BSc sandwich degree course. Taught degree awarding powers were granted to Harper Adams University College by the Privy Council in 1996. 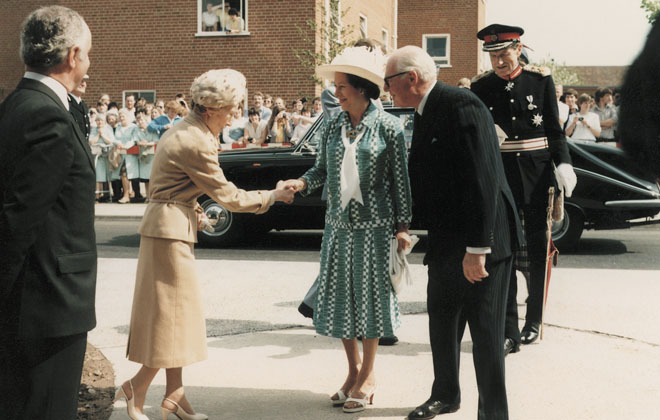 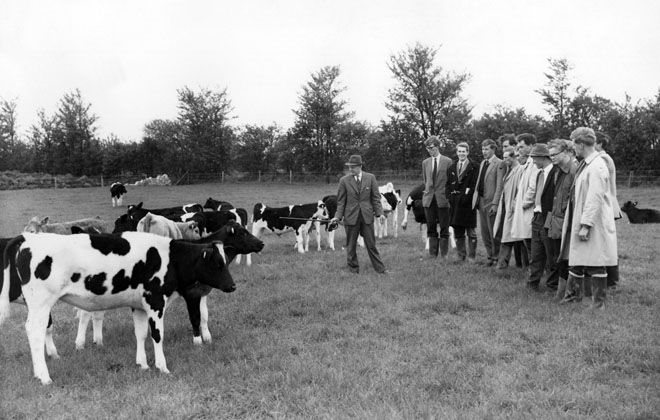 Further changes at the College took place in the 1960s, under Principal Reginald Kenney (1962-77), including the opening of the Queen Mother Hall and Bradford and Ward Halls in the early 1960s. Boughey Hall, a modern teaching block with library, and a students' union building followed. In 1964 responsibility for funding the College passed from the Ministry of Agriculture to the Department of Education and Science, bringing with it tighter financial control. Government concern to expand opportunities in Higher Education and to raise the standard of national qualifications in agricultural education led to the introduction of the Higher National Diploma (HND) with its sandwich period. The first students enrolled for the HND in 1969. In 1969-70 student numbers rose to over 300 for the first time.

The post war years were the period of Principal Bill Price (1946-1962). They saw a steady expansion in student numbers. In 1956-57 numbers reached 222. In the late 1940s and early 1950s a thorough modernization programme took place. The most notable event was the opening of Jubilee Hostel in 1951. 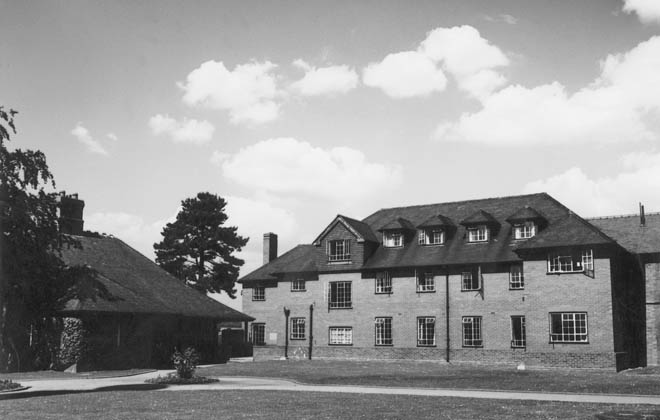 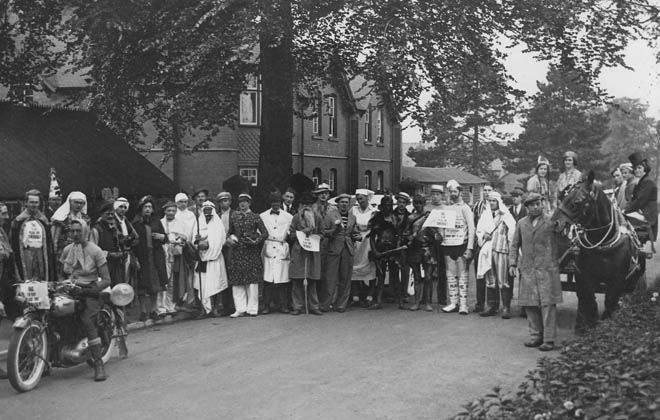 The College remained open for both agricultural and poultry courses throughout the Second World War. By 1943-44 the College had run into problems of over demand (farming and being a student were both reserved occupations at this time). Strict rules as regards deferment led to a general raising of entry requirements and a subsequent demand for higher qualifications.

After the First World War the fortunes of the College struggled to revive amid the agricultural depression of the 1920s and 1930s, despite the work of Principal Charles Crowther (1922-1944). Student numbers dipped dangerously low, with just forty-eight students in 1925-26. The difficulties facing farming at this time did, however, strengthen support for the Advisory Services and the number of advisers at the College and the range of work that they undertook expanded dramatically. By the late 1930s the College was bursting at the seams, with every available space utilized.

Another area of growth was poultry husbandry. The College was instrumental in encouraging national developments, with the establishment of the National Poultry Council in 1920. This in turn resulted in the creation of the National Institute of Poultry Husbandry, the leading section concerned with education, being opened at the College in 1926. From the 1920s the NIPH had a high profile in areas of research and teaching. 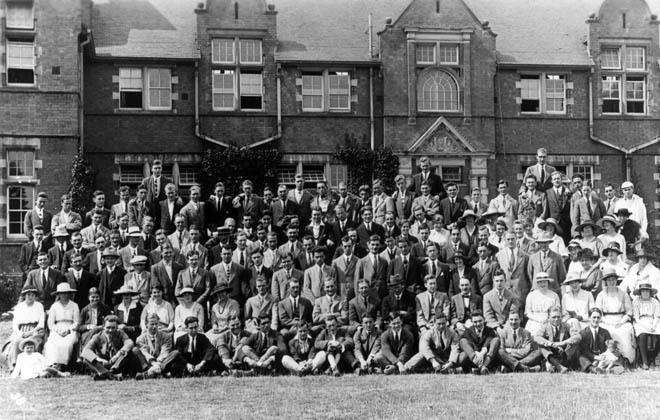 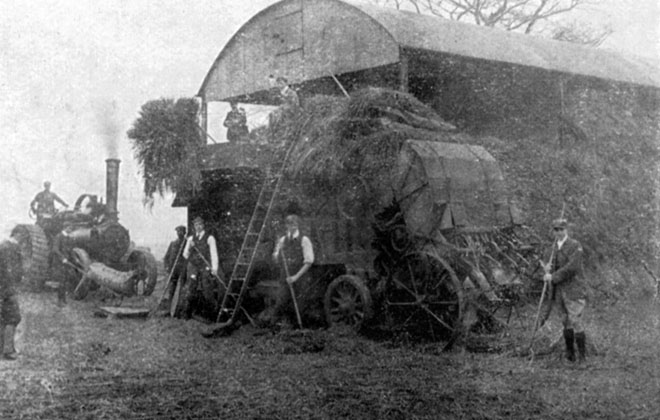 Harper Adams remained open throughout the First World War, fulfilling important duties such as the training of disabled soldiers, primarily in poultry husbandry. In April 1915 the College was significantly the first institution to provide courses for women in wartime farm work. In 1916, for the first time women enrolled at Harper Adams on full-time courses and were to remain until after the Second World War when priority of places went to discharged men. The College was also instrumental in providing a wide range of wartime services, such as courses in tractor driving.

Egg laying trials, which started in 1912, earned the College a wide following. 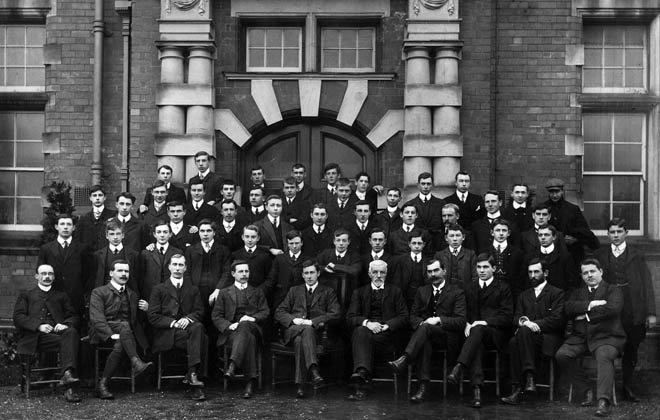 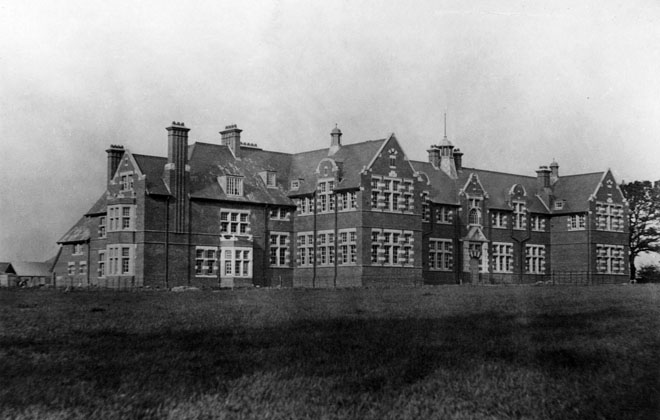 The College opened to six students in April 1901. The College consisted of the Main Building and a 178 acre farm on its doorstep, along with the family farmhouse, Ancellor House. In these early years the College, under the Principal Hedworth Foulkes (1901-22), offered certificate courses very much of a practical nature.

Thomas Harper Adams was a wealthy Shropshire gentleman farmer. On his death in 1892 he bequeathed his considerable estate 'for the purpose of teaching practical and theoretical agriculture'. 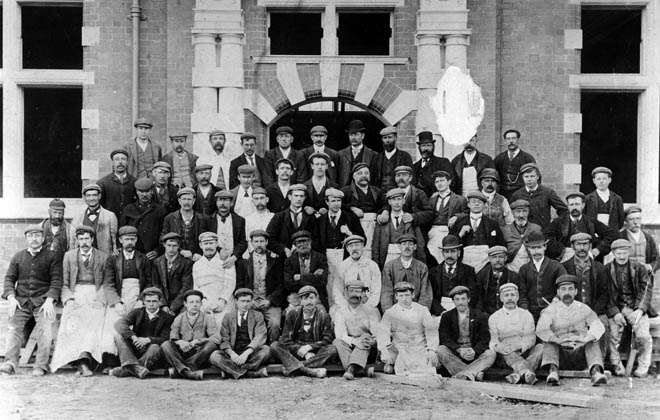 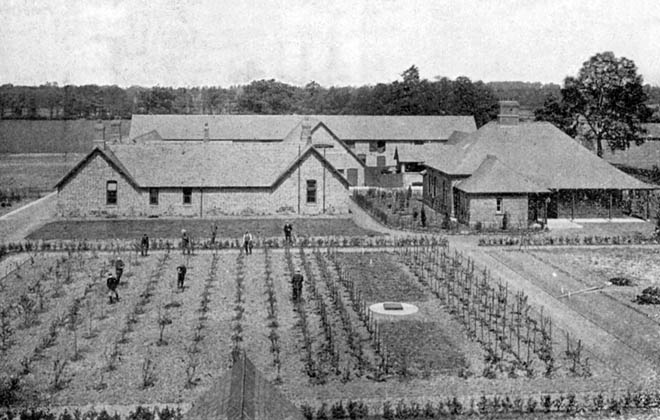 The beginnings of the University Farm c. 1905 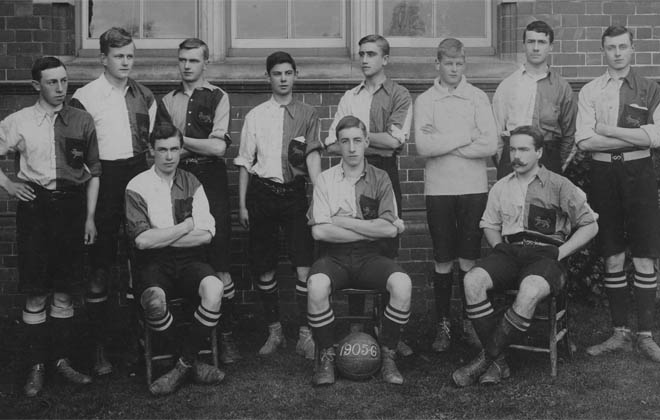 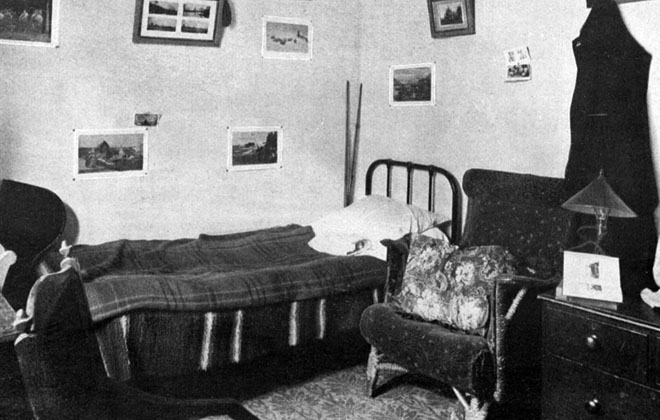 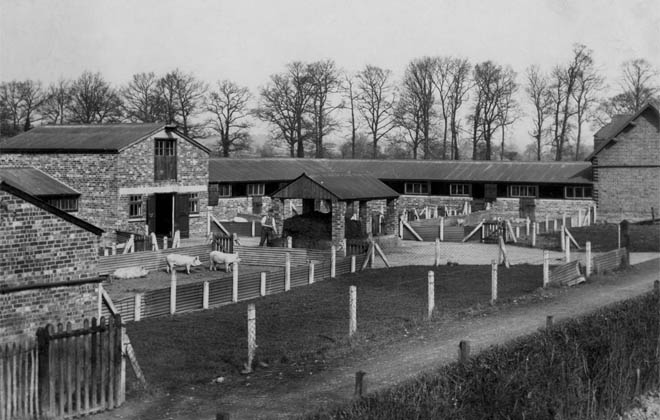 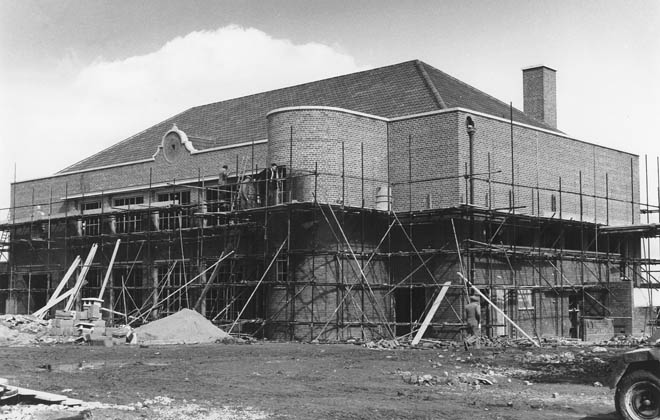 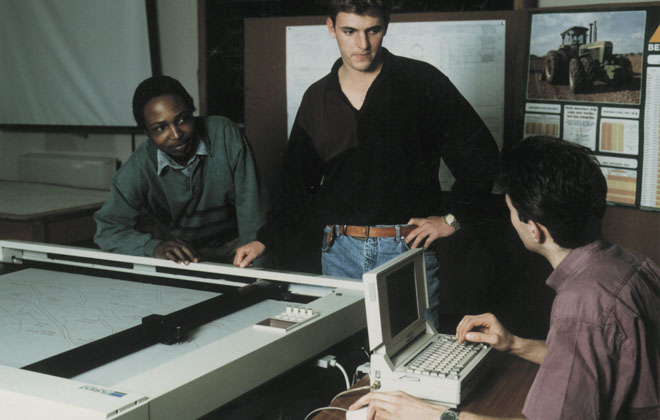 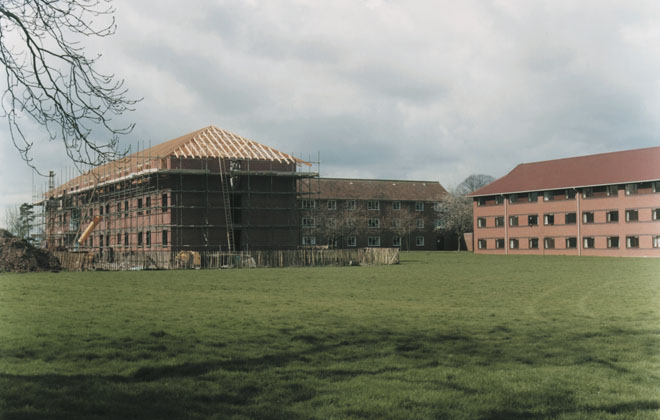 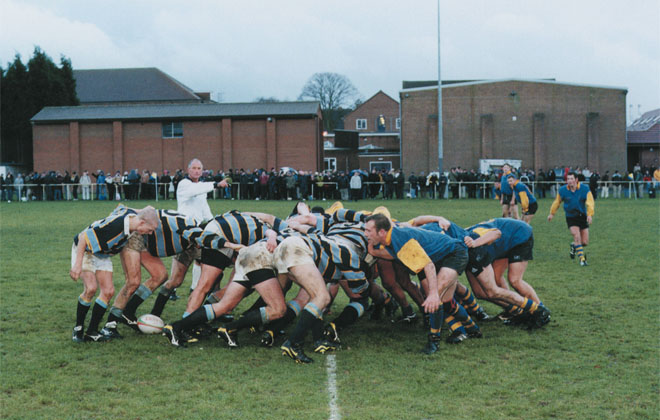