I think the title pretty much sums up what this blog is about. When I first started, I signed up to all the sports clubs I already knew I could do (even if I couldn't do them very well!). I did Hockey (not for very long), I went to the shooting club, I even made it on the the freshers netball team but my favourite sports club has to be the polo club (the type that involves horses!). Having grown up riding, and always having my own horse, I really missed being around them at university which prompted me to head along to the taster session with the mindset of 'I'm only going to see if I like it and maybe do the odd lesson', and I have to say as soon as our trainer, Glynn, started teaching, I knew I was hooked!

I mean... what's not to love? I get to charge around on horses, hitting the ball and riding off my opponents! I'd never considered polo as a sport before, always seeing it as an elitist sport, that would bankrupt me if I tried it, but playing through Harper has made me realise how inclusive it can be. I would never of been able to afford to play outside of university, and the HAU Polo Club works tirelessly to keep the costs down as much as possible for its members.

The buzz I get from a good training session does not compare to anything else I have tried, knowing that I have managed to form partnerships that work with an animal that has a mind of its own is amazing and the adrenaline rush from competing is out of this world! I still remember when I was picked for the team, I was ecstatic, both of my teams mates were great players and the more training we got, the more we gelled. We all worked well and enjoyed playing in different positions. Lilly was our fastest player so played number 2 (positioned in the middle in the line up), Roscoe had only ever sat on a horse when he tried out for polo but was our strongest and straightest hitter so he played number 1 (positioned closest to the ref, who throws in the ball) and I was the strongest rider at ride offs and the first initial steal of the ball so I played number 3 (furthest away from the ref in the line up and most likely to get the ball once ts thrown in). Our first competition saw us win ALL of our chukkas to be placed first in our league and was the start of the most amazing experience ever.

Now in my second year of polo, I have moved up from B2 to play in N3 and N2 leagues and was also voted in as the club's captain, working alongside some of my best friends to help the club grow and supply its members with an experience as amazing as we had.

Teams are split into leagues: beginner 1,2,3 and 4 (for people who were in their first year of playing polo), median, novice 1,2,3 and 4, lower intermediate, upper intermediate and open. We compete in 3 main national events a year, with the last one having 200+ teams at and many clubs hosting their own smaller competitions.

Harper hosts a 'tinsel tournament' for its members every year, as well as organising constructional chukka's against other university clubs such as Liverpool, Manchester and Birmingham, and hosting a charity tournament in the summer term which is open to anyone who wishes to partake - from students, to their parents, non-riders, polo players everyone is welcome. This year the plan is to raise money for Student Minds and the George Crawford Charitable Trust - which is incredibly important to not just the university but to a lot of our members who knew George personally. We hope that as a club, we can help make a difference.

Accessing agriculture with Izzy Fussell Individuals can access agriculture in all kinds of ways and, here at Harper Adams, we’re keen to support the next generation of indust … Read More → Posted Yesterday 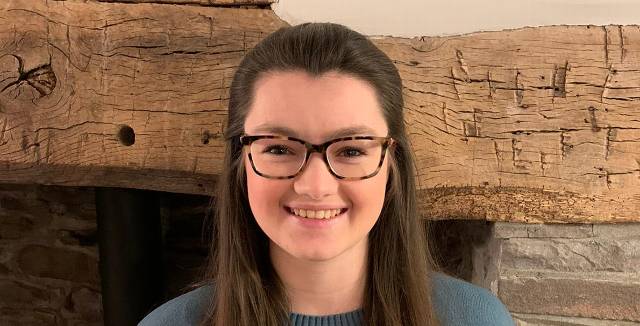