While Spring is definitely in the air, a romance has blossomed too! Sarah Powell, a BSc (Hons) Animal Science alumna, was popped the question in a less than conventional way.

While lambing season is one of the biggest tasks in a sheep farmer's year, farmer Bryn Lewis had some extra pressure this year in asking Sarah to marry him. Inspired by the season, Bryn proposed in a ewe-nique way, spraying the words 'Marry Me?' onto the ewe's wool. By tricking Sarah into the shed to help with lambing, she was stunned by Bryn's proposal and immediately said yes.

The pair met when Sarah was still at Harper Adams, volunteering her time to help with lambing. Working at in Llanbadarn Fynydd, near Llandrindod Wells, Powys, Sarah has returned to help lamb every year since she first joined Bryn on the family farm.

For now, Bryn is busy lambing and Sarah works locally as an area manager for ACT Wessex Animal Health. In line with current government advice, their current celebrations have been minimal due to social distancing. However, they do plan to hold a big party later in the year and hope to tie the knot in 2021 with family and friends.

Congratulations to ewe both!

'Engaging, practical, and real-world focused.': Meet Kyle Reed Harper Adams seeks to prepare its students for the future; with industry accredited degrees and thought leading research informing what stud … Read More → Posted Today
From studying at Harper to working at Elanco: Meet Laura Little Studying animal health can offer students a varied and fascinating career path, from working on the ground on farms and zoos to working for … Read More → Posted Yesterday 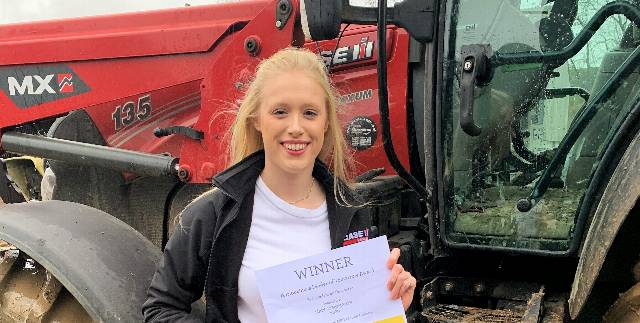 Agribusiness Leader of Tomorrow Award presented to Lucy Thompson Lucy Thompson, 22, has been awarded the Agribusiness Leader of Tomorrow Award for her success on the BSc (Hons) Agri-Business degree pathway … Read More → Posted 25 January
Accessing agriculture with Izzy Fussell Individuals can access agriculture in all kinds of ways and, here at Harper Adams, we’re keen to support the next generation of indust … Read More → Posted 22 January