BSc (Hons) Wildlife Conservation and Environmental Management student, Sam Beaumont, has challenged himself to a parachute jump in April, in aid of Veterans for Wildlife.

Sam, 22, from Dorchester, Dorset said: “I’ve always wanted to do a parachute jump and it’s just one of those things that sometimes you never get round to doing.

“Over the Christmas period, my girlfriend encouraged me to take the chance and book it; my jump is now scheduled for April 8 in Salisbury, Wiltshire.”

Sam has chosen to support the charity, Veterans for Wildlife which is an international charity, committed to the protection of wildlife and the world’s critically endangered species.

Sam added: “Nowadays, there’s such a choice of charities to donate to. I wanted to choose one that was close to my heart, which people, especially those who have similar interests, could sponsor me to do the jump for.

“If you watch programmes such as Blue Planet or other wildlife shows, you can easily understand why this charity is worthwhile.

“I feel fine about doing the jump, mostly because I love the adrenaline and rush of doing something different.” 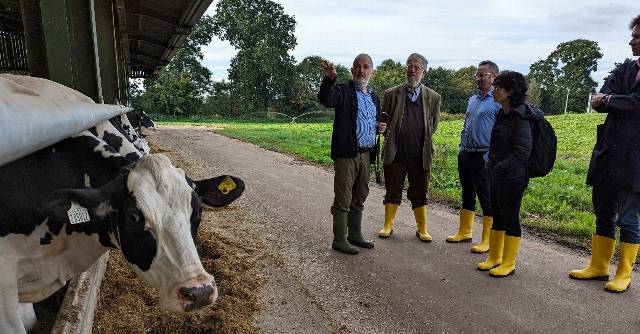 The human side of strengthening research collaboration in Israel Professor James Lowenberg-DeBoer, Elizabeth Creak Chair of Agri-Tech Applied Economics, was among a team of Harper Adams University academic … Read More → Posted Yesterday
This year's McDonald's Progressive Young Farmers get profiled in Farmers Guardian The latest farmers on the McDonald’s Progressive Young Farmer Scheme have been announced – with more than half of this year&rsqu … Read More → Posted Yesterday
Welcome Week 2022 - some of the social media highlights! Undergraduate students across our courses were welcomed to Harper Adams last week - with a wide range of Welcome Week activities. … Read More → Posted 3 October
Graduation 2022: Video Capturing the joy of Graduation - congratulations to all! … Read More → Posted 30 September