BSc Agriculture (top-up) alumna Chloe McKee, has started an online petition to educate young people in food and agricultural practices, after reading the BBC News study titled ‘Cheese is from plants’ which claimed that one in three children thought cheese came from plants.

The 22 year-old, who grew-up on a beef and sheep farm in Dronfield, Derbyshire said: “After reading the BBC News study, which involved a survey of 27,500 children, it became apparent there’s a need for greater education in schools about food and farming practices; for example as a quarter of respondents believed fish fingers came from chicken or pigs!

“You only have to look at social media to come across many misinformed posts regarding UK agricultural practices, and it became apparent that the use of emotive language and images can really change a person's opinion of British farming very quickly.

“While food and nutritional education is now part of the curriculum, which includes food provenance and eating choices, there’re still a range of areas that lack knowledge, such as different farming systems and how food is produced.

“I feel there’s a lack of education surrounding agricultural practices and legislation to ensure a standard of food safety and welfare.

“I believe every child and young adult has the right to know exactly how their food is produced, and why certain practices are used.

“This knowledge is essential, in order to make informed lifestyle choices, no matter what your dietary preference or belief.

“As a farmer and somebody that works in health and welfare, I’m passionate about the industry. Regardless of a person's personal belief, I feel we need people to understand us, what we do and why we do it.

“People who work in agriculture have such an array of talents; from practical to business skills. A greater understanding from a young age may draw more young people into the industry, and highlight that farming isn't just growing crops and feeding animals.

“The end goal would obviously be to have food and farming education become a part of the curriculum. For example, at secondary school it could cover topics such as farm assurance, different livestock production systems, food safety and sustainability such rotational cropping.

“If anything, I hope this petition raises awareness of the need for a greater informed public to help shape the future of British agriculture.” 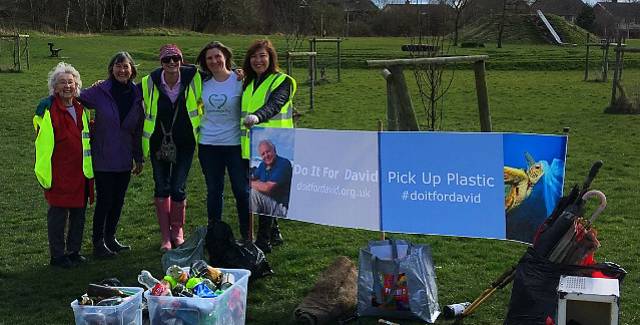