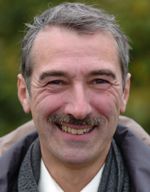 Harper Adams University College is delighted to have made its most recent professorial appointments.

Harper Adams Principal Dr David Llewellyn, said: “The ongoing debate about food security has underlined the importance of research and higher level skills developments in higher education that will be supported by these new appointments.

“These professorships also demonstrate the University College’s commitment to the agri-food sector as well as our wish to address the priorities established in the UK Cross Government Food Research and Innovation Strategy.

“I am delighted that the University College has been able to make the appointments at such an important point in this national debate and extend my congratulations to the successful candidates.”

Professor Peter Kettlewell, 55, was instrumental in securing Harper Adams’s first research studentship, back in 1981, when the institution still bore the title of Agricultural College. Raised in Bridlington, East Yorkshire, Professor Kettlewell read his first degree, in plant science, at Newcastle University. He then completed a research studentship at Cambridge before joining Harper Adams in 1980, as a lecturer.

“I was determined that I wanted to do some research, as well as teaching,” he says. “At that time there was very little research at Harper Adams and the only way to get it started with such a heavy teaching load was by teaming up with two other people, Paul Davies at Harper Adams and Trevor Hocking at Wolverhampton Polytechnic (now university), and using all the time we could spare, which was very little. We’d be finishing teaching at 4pm and rushing out into the field to do analysis.

“By 1981 we had produced enough data to publish a few papers, and we used them to get funding for a CASE (Cooperative Award for Science and Engineering) studentship from the Science and Engineering Research Council. That led to Harper having its first research student. He was actually registered at the University of Wolverhampton, but spend most of his time at Harper Adams.

“It all took off from there. With a student conducting the trials, and us overseeing him, we were able to produce more data, and in turn use that to secure more funding to expand Harper’s research.”

Thirty years later, Professor Kettlewell continues to juggle teaching and his own research,  specialising in how the environment and agronomy affects wheat performance, and was also recently appointed at Harper Adams’s Research Co-ordinator, helping more people at the University College to get started with research.

Peter says he’s very grateful for all the support he had been given over the years from collaborators at Harper Adams and in numerous businesses, research institutes and universities and both technical and administrative staff at Harper Adams and that the University College was a fantastic place to work.

Professor Simon Edwards, 44, is also East Yorkshire born and raised. He grew up on an arable farm at High Catton, near Stamford Bridge, before heading off to Manchester to undertake his first degree, in applied biological sciences, at the city’s Polytechnic.

Then it was off to the University of Aberdeen, to complete a PhD in plant pathology, before returning closer to home for his first post-doc position at York University. A second post-doc position brought Dr Edwards to Harper Adams in 1997 and led to his appointment as a Senior Research Fellow and, 7 years later, Reader within the University College’s Crops Department.

He said: “I am delighted that the University College has seen sufficient merit in my research to make me Professor of Plant Pathology. It’s a true honour and thanks go to everyone who has assisted me in my work.”

Simon’s research interests lie in fusarium head blight and fusarium mycotoxins in cereals. He has been working with the Home-Grown Cereals Authority (HGCA) and Food Standards Agency (FSA) for 10 years, since fusarium mycotoxin legislation was first discussed.

He said: “I have been working to identify levels of fusarium mycotoxins in UK cereals and to identify agronomic factors that can be used to minimise mycotoxin contamination.”  This leads to a great deal of outreach work, sharing his findings and advice with stakeholders throughout the cereals industry, including agronomists, growers, processors and merchants.

Professor Edwards advises the European Commission Working Group on Agricultural Contaminants and has served as a member of the Joint World Health Organisation/UN Food and Agriculture Organisation Expert Committee of Food Additives (JECFA).

Professor Liam Sinclair, 43, was born in Wick, Caithness, Scotland and raised on his family’s mixed beef and sheep farm, before going to Aberdeen University, where he achieved a first class honours degree in Agriculture with Animal Science.

After completing his PhD in rumen biochemistry at Nottingham University, Dr Sinclair joined Harper Adams in 1992 as a lecturer. His research areas include ruminant nutrition, particularly improving the fatty acid content of milk and meat; alternative forages for dairy cows; and mineral metabolism of dairy cows.

On being made a Professor he said: “I think it’s a reflection of how Harper Adams has progressed in research over the last 15-20 years- which is how long I have been here. I have been involved in developing research into ruminants, and dairy cows in particular, and in developing a national and international research programme.

“When I started there was little ruminant research at Harper Adams. We have built that up, working hard to develop the right facilities and lab equipment and to secure research funding. It has been a major challenge, but it has been pleasing to have been able to have been involved.”

Professor Sinclair, who has produced more than 100 peer reviewed and conference research papers on ruminant nutrition during his time at Harper Adams, said it was important to develop both depth and application of knowledge; with output being used not just to raise the University College’s research profile and secure funding, but also to help farmers and nutritionists on the ground and to inform each new generation of students.

“The recent relocation and expansion of the Harper Adams dairy unit, is allowing us to conduct greater quality and quantities of dairy related research. This is hugely important to the way we teach. Our students are learning from people who do research and are getting up-to-date information from scientists who are pre-eminent in their fields. I think that is what makes Harper Adams stand out.”

That support goes both ways, with the students in turn forming a vital component of the research machine. “Research is a team approach,” adds Professor Sinclair. “It involves a large number of people from academic colleagues to technicians; postgraduate and undergraduate students; and admin support. We could not do it without them.”

“In the future I would like to grow the team and our research, so that people nationally and internationally think of Harper Adams as a key centre for dairy cow research. We need to continue to improve our profile, conducting research that is meaningful to industry and that continues to support the excellent quality of teaching at Harper Adams.” 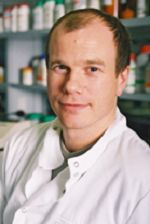 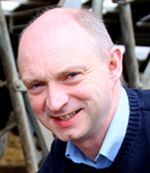