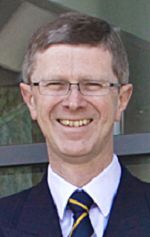 Harper Adams Principal Dr David Llewellyn will be flying into Northern Ireland for three days next week and holding public meetings in Ballymena and Enniskillen.

Dr Llewellyn will give the first of his presentations at 8pm in the Adair Arms Hotel, Ballymena, on Thursday, April 15, and the second, also at 8pm, at the Killyhevlin Hotel, Enniskillen, on Friday, April 16.

The presentations will focus on the courses, student community and culture at Harper Adams.

The meetings will be an opportunity for prospective students, their parents and guests to hear about Harper at first hand, to talk with the Principal directly over tea and biscuits and to meet current students, home for Easter, and past students. Both are open meetings and all are welcome.

This will be Dr Llewellyn’s first visit to Northern Ireland since he took up his appointment as Principal of Harper Adams last September.  Before being appointed, Dr. Llewellyn was for 12 years Director of Corporate Affairs at Harper.