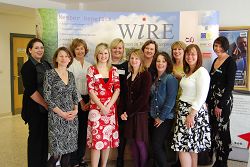 Ten years after the initiative was conceived on its campus, Harper Adams University College today played host to the 2010 National Conference of Women in Rural Enterprise (WiRE).

At the event opening, delegates from across the country heard words of pride and praise from Harper Adams Principal Dr David Llewellyn.

He said: “WiRE is a remarkable entity.  Born out of research conducted at Harper Adams and having achieved tremendous national and international success, it has, for a long time, been at the cutting edge in terms of Government policy on business support. WiRE has demonstrated that universities and businesses - particularly small businesses - can work effectively together for mutual benefit.

“Throughout the last 10 years, two features of WiRE have made it stand out. The first is the unswerving commitment of the WiRE staff to delivering support that rural businesses want and that fills a gap in other national provision.  My thanks go to them for their hard work and dedication.

“The second feature is you - the members of WiRE - who make it such a successful organisation. Not only are you running your businesses, but you find the time to take part in training, meet other WiRE members, provide case studies, take part in research, organise local and regional networks and attend conferences such as this.  WiRE exists to support you, but you give so much back, and that is what makes WiRE such a strong community of business practice. So my thanks also go to you for getting behind this initiative.”

Delegates were also addressed by Rural Advocate Dr Stuart Burgess, who set the tone for the day by explaining that any Government, whoever is elected on May 6, will have to concentrate fundamentally on the recovery and growth of the economy.

“That presents not only a challenge but also, for all of you, many opportunities,” he said, explaining that if the women of WiRE could show the government where jobs can be created and where opportunities for economic growth exist, it might move to cut the red tape holding them back, address infrastructure issues – such as rural broadband, which Dr Burgess sees as vital for future success – and address the need for investment.
He said he did not think he was being too optimistic, because government actions are evidence-led and the Global Economic Monitor had demonstrated that entrepreneurial activity is far greater in rural areas than in urban ones. And much of that activity, he said, could be attributed to WiRE members.

“But we need good examples of where women are pushing at the barriers and making a real difference,” he added, inviting delegates to share their stories, which he can then report back to the future government.

On a final note, Dr Burgess asked everyone in the room to consider training and employment opportunities for young people from rural areas. Could they offer apprenticeships? Or perhaps make use of the higher-level skills of returning university graduates?

The highly successful conference continued with motivational speeches from life coach Sue Kimberlin and entrepreneur Carry Somers, as well as workshops, Q&A sessions and a rural marketplace in which the members were able to display and sell their wares. 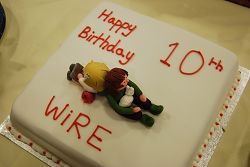 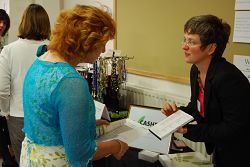