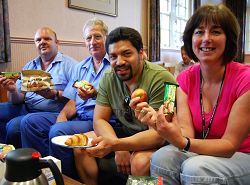 Staff and post-graduate students at Harper Adams have been rewarded for taking part in National Walk to Work week with two hampers full of breakfast goodies.

The campaign, which ran in April, aimed to encourage people to walk more during the working week by either leaving their cars at home, or by walking during breaks and lunchtimes and between meetings.

During the week staff at the University College compared their daily steps by wearing pedometers and entering the results on the Walk to Work website.

This week, all those who two part- about 30 staff - were rewarded with two large breakfast hampers sent by the Walking Works organisation which was behind the scheme.

Karen Hughes, Environment and Waste Management Officer, who organised the event at Harper Adams, said: "This is the first time we have taken part in Walk to Work Week here at Harper and I am really pleased with how many people took part. I think it will become an annual event for us.

“I think the post graduate students were most excited about it and they were discussing how many miles they had done.

“I am delighted that we have been sent these breakfast hampers and lots of the people who took part have met up to enjoy the goods.”

Gemma, who is 25 and studying dairy cow behaviour, said: “It is quite far and Harper Adams is in a rural location so it’s great that so many people took part. The walk to work and back is now something I will do more often when I have time.”

Participating in this campaign has meant staff could show their commitment to reducing their carbon footprints as well as improving their health.

More information about the scheme can be found at http://www.walkingworks.org.uk/ 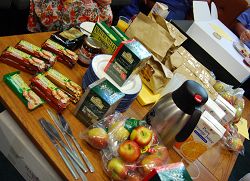 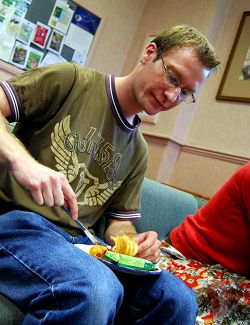