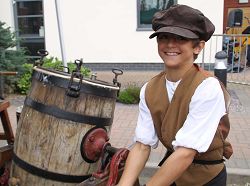 The first ever farmers market at Harper Adams University College was a success with about 800 people turning up to shop for fresh local produce, drinks, gifts and crafts this weekend.

The market held on September 5 from 10am to 2pm on the library car park saw 30 stallholders selling their wares with some selling out of stock within the first two hours.

Sue Henderson, who co-ordinated the event, said: “I would like to thank everyone who supported and attended the farmers market yesterday at Harper Adams. It was a fantastic day for both stallholders and the public.

“The stallholders all want to attend again and are looking at us hosting our next one around Christmas time.

“The public were very supportive of the event and their comments were all positive.  We think about 800 people attended.

“This event would not have been possible without a lot of hard work from various people across the campus and my thanks go to everyone who helped make the day such a success.”

He said: “I have bought the world’s largest cauliflower! There is a great range of produce and people and it looks like it is really well supported.”

Victor Brownlees, of Horsehay, Telford and Chief Executive of Telford & Wrekin Council was shopping with his wife and they bought some Lazy Longhorn beef, cheeses, vegetables and plants.

He said: “It’s super and I would like to see many more markets at Harper. The Council considers Harper Adams a key partner and we are looking at how we can work together more in the future.”

Kate Lane from Katie’s Canine Kitchen was among the stallholders selling biscuits and ‘wuffins’ especially for dogs. She said she started making biscuits for her own dogs and then for friends who encouraged her to sell them. She now sells at markets such as the one at Harper Adams and online and thought the first event at the University College was "great".

The event, which was sponsored by Anglo Beef Processors (Shrewsbury) and Pork Farms Ltd, also saw free tractor trailer rides taking place around campus offering visitors the chance to see some of the recent developments including the state of the art library and learning resources and the recently opened West Midlands Regional Food Academy and Postgraduate Centre. 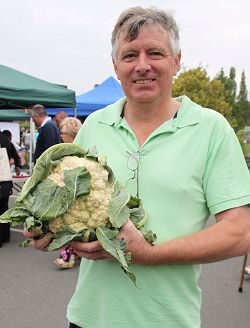 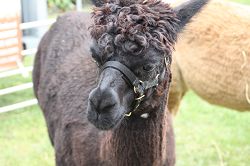 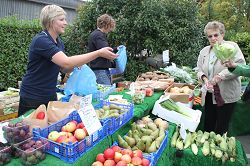