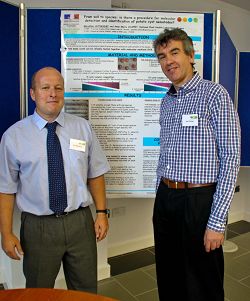 Around 60 delegates from 16 countries have gathered at Harper Adams University College for the third symposium on ways to manage and monitor potato pests.

The Potato Cyst Nematode conference has been held at the University College in 2000 and 2005, but this is year it was held across two days for the first time.

The conference, held in partnership with the Association of Applied Biologists, invites delegates to meet each other and present papers which are then followed by group discussion.

Dr Pat Haydock, leader of the Nematology group at Harper Adams, opened the proceedings at the West Midlands Regional Food Academy. He joined Harper Adams, which focuses on the land based industries, in 1990 as the first nematologist and his research group works with industry, growers and advisers.

Dr Haydock said: “A particular strength of this conference was bringing together delegates from around the world to share their expertise of potato cyst nematodes.

“Whilst this pest is well established in much of Europe outbreaks in North America, for example, have only been detected in recent years and scientists from the USA and Canada came to Harper Adams to gain from our experiences.

“The conference was well received by delegates and there was support for a follow up in 2015.”

John Pickup, from the Scottish Agricultural Science Agency and Chairman of the Association of Applied Biologists Nematology Group chaired the first session which saw presentations and discussions on diagnostics and legislation.

Vivian Blok from the Scottish Crop Research Institute (SCRI) chaired the second session on biology with Finlay Dale also from the SCRI and Dr Haydock, chairing the final sessions on management.

The conference also saw delegates taking part in plant and machinery demonstrations at the Crop and Environment Research Centre on site at the University College. 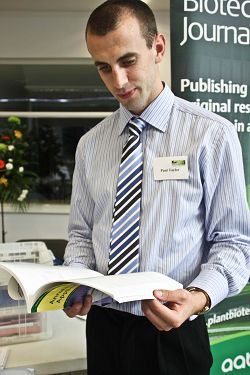 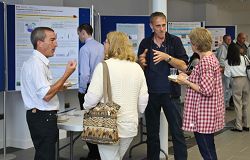