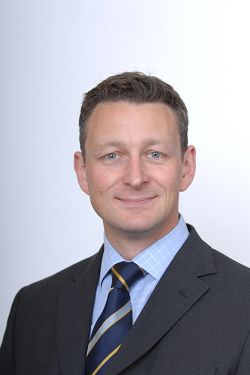 Harper Adams is delighted to announce that Catering Manager, David Nuttall, has recently been appointed as an advisor on food safety at the Food Standards Agency (FSA).

David has joined the Advisory Committee on the Microbiological Safety of Food (ACMSF) to give independent advice to the FSA, as announced by Chairman Lord Rooker yesterday.

With more than 22 years in the catering industry, David has a wealth of experience in the application of food safety, and has previously lectured students on the subject at Harper Adams.

He holds masters degrees in food safety and business administration, and spent time as Deputy Catering Manager at Bradford University before joining the University College in 2005.

David, who will be part of the ACMSF until March 2012, said: “It is a great honour to be a member of the ACMSF. I’m very pleased to offer my experience to the application of the microbiological safety of food in the UK.”