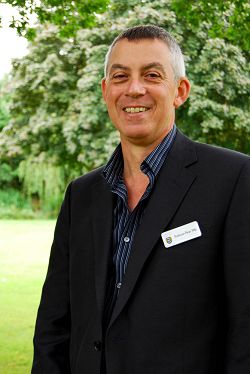 Two researchers at Harper Adams are taking leading roles in separate projects bringing more than £400,000 in funding to the University College.

Professor of Plant Pathology Simon Edwards and Vice Principal Professor Peter Mills, also a plant pathologist, at the Shropshire based University College, have been awarded the money from the Technology Strategy Board.

Professor Mills has been granted £365,000 for the research project ‘Achieving the genetic potential of oilseed rape: an integrated approach to controlling soil borne diseases’.

The project which is led by Velcourt, will run for five years, bringing together a number of industry partners including Harper Adams, NIAB-TAG, Limagrain and Hutchinsons.

Professor Mills explained: “Oilseed rape frequently doesn’t achieve its full yield potential. We believe that this is because there are a number of previously overlooked soil-borne diseases that affect the crop.

“This project will investigate how widespread these pathogens are, then screen oilseed rape varieties for tolerance or resistance to the pathogens which could ultimately lead to new varieties with natural resistances. We also aim to develop control measures for these diseases.

“Harper Adams is well placed to do this research and I am delighted we have this funding. The Technology Strategy Board is bringing together leading businesses and research organisations to address issues of sustainability.”

Professor Edwards has been awarded a Technology Strategy Board grant of £58,000 for work on the project ‘SAFEMalt (Strategies Against Fusarium head blight Effective in Malting barley)’.

This project brings together a breadth of industrial and academic barley expertise from primary production to malting and brewing.

The project is also led by Velcourt and is partnered by the University of Nottingham, SAB Miller, Syngenta Crop Protection, Syngenta Seeds and Openfield.

Professor Edwards said: “The project will elucidate the links between agronomy (varietal selection, crop production and protection practice), causal pathogens and severity of Fusarium Head Blight (FHB) disease and the subsequent impact on the safety and functional properties of barley for malting and brewing.

“Findings from this project will provide vital information for the need to manage FHB disease in UK barley in relation to minimising further malting and brewing problems in the industry chain via optimised inputs and changes in practice.

“The project will address a significant gap in the knowledge and current management of the protection of barley crop safety, quality and yield.”

Principal of Harper Adams, Dr David Llewellyn said:  “The Technology Strategy Board  Sustainable Agriculture and Food Innovation Platform is critical for the UK agri-food sector because of its intention that it will ultimately help farmers and growers adapt to the global food security challenges of the 21st century.

"Harper Adams is ideally placed to help find solutions to many of these challenges and we are delighted with news of these awards.”