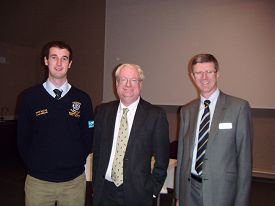 The opening Harper Forum, with the Right Honourable Lord Smith of Finsbury, Chairman of the Environment Agency, brought a pressing challenge to attention- that of the agricultural and environmental relationship and challenges ahead.

During his address, Lord Smith was keen to elaborate on the delicate balance between the diversifying agricultural industry and the responsibility to the countryside around environmental preservation. He also outlined four key challenge areas:

He began by speaking about the vast increases that we are expecting by 2050- up by 20% in the UK, and globally up by 33%. He said that with this increase we will also continue to feel the pressure of dietary demands and the challenges that climate change will bring to the production of food.

With greater weather extremes – floods, droughts and high concentration rainfall, farmers will need new ways to counter these in order to survive financially and provide food for others.

This incurs further issues regarding water resources- the increasing need for abstraction, or according to Lord Smith, the greater need for winter water storage systems. This could aid the flood risks in lowland areas, but, questions arise about the long-term consequences of this on geological formations and wildlife habitats.

Flooding was another key area that Lord Smith wished to address. He pointed out that regulations state the “protection of homes and buildings”, however, agricultural buildings are currently less funded and require “another look at” and that we “need to rethink the value of agricultural land” which is often subject to flooding to save urban areas.

To conclude, Lord Smith emphasised the need for partnership between farmers and the agency - together they can work much better than apart and against. For example, the Environment Agency (EA) helped to resolve a problem of water contamination due to slug pellets.

This was achieved by identifying the problem at the outset and by a combination of training, help and funding for the farmers. This solved the situation without the need for extensive and costly water cleaning, and proved partnership is necessary and beneficial to both.

During the question and answer session, Lord Smith expanded on his earlier comment about collaboration between agencies (DEFRA, NFU, the Rural Payments Office and the EA) in regard to on farm inspections for environmental issues, cross compliance and farm assurance. He continued to explain that these multi-visits for a number of similar interests were ‘daft’ and active steps have begun in order to collaborate on such inspections.

The next forum will be on Thursday October 21 with Michael Alsop from Vaderstad. 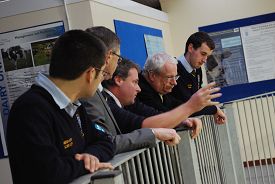 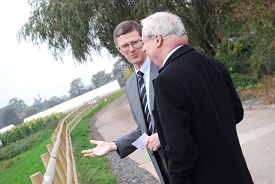