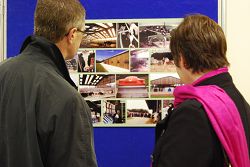 Forum this week brought farming press to Harper Adams, entitled ‘Making the Most of the Media’ by Farmers Guardian Editor, Emma Penny.

Farming is renowned for the anticipation of poor publicity and misunderstanding in its employment sector.

Ms Penny explained that previously it has been understood that a ‘journalist equals trouble’ and that tabloids can be seen as the cause of this due to out of proportion stories and one-sided or politically orientated information.

The Farmers Guardian however, is a national paper which provides the information and entertainment of the sector. With farmersguardian.com it is easily accessible and open to debate which encourages the wider community to engage with the media and readdress the balance.

Ms Penny said that Twitter in particular has become a brilliant way to connect with the majority and that directed press releases can be a great tool too.

She had 4 key guidelines;

1. Consider whom it is most relevant to
2. Do not over complicate the subject
3. Make it clear
4. Be timely.

As general hints, Ms Penny told the Forum that ‘exploiting all the possibilities’ is vital and that farmers should never undervalue their work and resources.

Before the question and answer session, she concluded by saying that this is a very interesting time in media. People are eager to learn and the resources are there in order to help achieve this. 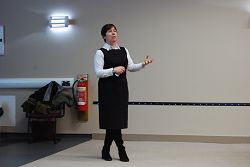