Harper graduate is crowned BBC Farmer of the Year 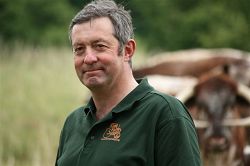 A Harper Adams University College graduate has been named BBC Farmer of the Year.

Jon Birchall, from near Hitchin in Hertfordshire, graduated with a Master’s Degree in Rural Enterprise and Land Management (REALM) this September.

He works as farm manager for Pilkington Farms, encompassing some 800ha (2000 acres) of the Kings Walden Estate, near Hitchin.

He was presented with the award at the BBC Good Food Show on Wednesday (24 November) at the National Exhibition Centre in Birmingham.

As well as winning this fantastic accolade, Jon was also a finalist in the Farmer’s Weekly Countryside Farmer of the Year Award.

Jon said: “Over the last four years we have changed our farming system from a mainly intensive arable system to a large scale extensive grazing system.

“It is immensely satisfying to see all this come to fruition and a great honour to receive an award for doing something which has given us so much pleasure.”

Alex first came to public notice as the bass player in Blur. He is now well known for the cheese he produces on his Oxfordshire organic farm. He presents Radio 4's On Your Farm, and writes for newspapers and magazines on farming and the countryside.

The farm visit was recorded for an edition of On Your Farm broadcast on 17 October.

Alex James said the farmer category had been fiercely debated as all three finalists were excellent. But the one thing that made Jon a worthy winner was his outreach to the wider community – including local residents, schools and other farmers.

Speaking of his master’s degree at Harper Adams University in Shropshire, Jon said: “I think that it’s been fantastic that I’ve been able to have the opportunity to study at Harper Adams.

"It has been really hard work, on top of a demanding job, but it has been a fantastic opportunity which has given me renewed confidence”

The Food and Farming Awards ceremony will be broadcast on Radio 4 at 7am on Christmas Day.
More information about Jon and Pilkington Farms can be found on the farm website www.offleyhoofarm.co.uk and the farm blog http://offleyhoo.blogspot.com/ 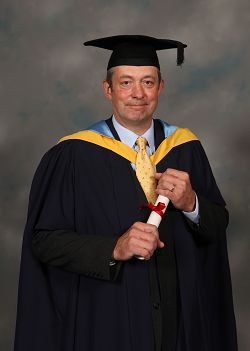