The staff are very experienced in their own specialist areas, and integrate this into lectures. 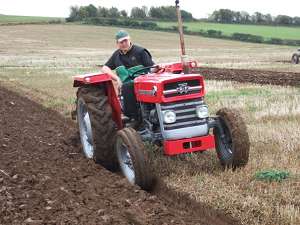 Agriculture with Crop Management student, Chris Acaster, is continuing to enjoy the two passions in his life – farming and music, whilst studying at Harper Adams.

The 20-year-old from Rivelin, Sheffield, was one of the founding members of popular student band, ‘The Sugarbeatz,’ which performs regularly at social events at the University College.

After an initial year of playing drums for the band, Chris decided to become musical director and transform the act into a fully-fledged society.

Chris, who is currently on placement at Dow Agrosciences UK, said: “The Sugarbeatz came about when and a few others and I decided it would be a good idea to perform a few covers at Harper events, such as the Christmas and Summer Balls, and on Wednesday evenings.

“Things have gone from strength to strength but because I’m now on placement, I’ll have to wait until my final year to re-join the others.”

Although offered a place to study music at university, Chris chose the Shropshire-based campus thanks to his love of the great outdoors and farming.

He added: “My ancestors were farmers, so although I don’t actually live on a farm, I’ve spent time learning about the industry through work experience and by helping my next door neighbour during my spare time.

“I learn about livestock and farm business and manage his inspections and cross compliance by implementing the skills I’ve learnt at university.

“Harper has gone above and beyond what I anticipated it to be like. The lectures are very interesting, based in a wide variety of settings and are never boring.

“The staff are very experienced in their own specialist areas, and integrate this into lectures. The main difference is being at the forefront of the industry. If a new practice was to be adopted, it would be integrated into lectures straight away.

“One of the great things about Harper is when you’re at events, such as Grassland or Cereals for example, you see many people with the Harper Adams tie on and people even twenty years later are proud to be associated with the institution.

“It’s recognised as a leading university in the agricultural industry and has developed a good bond with businesses in the sector. Harper has given me the chance to stand on my feet, meet deadlines and have hands on practice of the skills of life.” 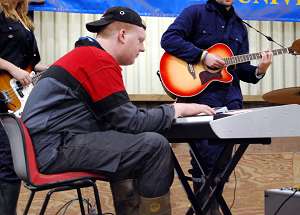