Student charity total off to a flying start in 2011

This year’s Raise and Give team of students at Harper Adams University College is well on the way to smashing its £20,000 charity target.

The Raise and Give (RAG) team are hoping to raise around £5,000 more money than last years’ team and when Pete Dodd, aged 23, took over as Student Union President last July he pledged to try and bump next year’s total to be even higher.

The RAG bank account currently stands at around £17,000 and this RAG team will be in office until March 2011.

Pete, from Teesside, said he was “overwhelmed” by how much money the team had raised so far this year.

Over the year the student union puts on events such as barbecues and sports events and big RAG weekends.

They also take part in one-off money raising events such  as the recent ‘mankini appreciation day’ which saw more than 60 mankinis sold and up to 50 staff and students wearing them for the duration of the day.

Almost £3,500 was raised for Everyman Testicular Cancer from that event. Sales of the infamous student ‘naked’ calendar, picturing students in a range of tastefully shot countryside themed photographs, have raised £1,500 so far.

Pete said: “The RAG team are working really hard this year to raise as much money for charity as possible.

“The staff and student body at Harper really get behind us and take part or donate to these worthy causes on a regular basis.

“Being able to help so many charities while having fun in the process is definitely one of the perks of the job.

“We have a number of big events already planned for this year including supporting Harper’s Official Wig Day on March 15 and the Harper Five10 Run on March 27 in conjunction with the farmer's market.” 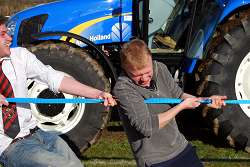 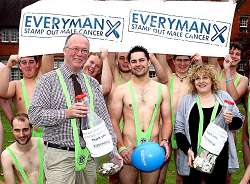