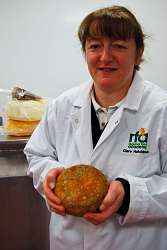 A food technician at Harper Adams University College has produced her own recipe beer cheese and has held a master class for European students to do the same.

Clare Hutchinson, works at the West Midlands Regional Food Academy (WMRFA) based at the University College, near Newport, Shropshire.

Clare had made some beer in the WMRFA brewery and decided to use it to produce her own cheese when testing the equipment and demonstrating the cheese making process to others.

The cheese took a day to make and it was soaked in the beer for three days and then left to mature in the store room for around nine months whilst being turned daily.

She said: “It was trial and error really but the results were surprisingly very good!

“We have made several batches of cheese here before but this was the first using beer. It is a hard, mature, beer-rinded cheese but I haven’t named it yet. It was made using Harper Adams milk straight from our own dairy.

“I will be trying to make it again with the EU master class but the variables are quite big because it was a trial beer. It is quite nice for students to do something practical and I have kept some of the first batch for them to try.

“After the class we will be going to visit Mr Moyden’s Handmade Cheese Company at the Shropshire Food Enterprise Centre in Shrewsbury. Martin Moyden also used to make his cheese at the WMRFA before moving to his own premises.”

The students will study at Harper for one semester as part of their food identity programme which includes a consortium of EU Universities from France, Spain, Italy, Romania and Britain - for which Harper Adams in the representative.

The students are studying four post graduate modules during their stay in Shropshire and visiting different local food producers.

Anne Taylor, senior lecturer who is co-ordinating the EU students visit said: “It will be really nice for the students to make some cheese with Clare and hopefully it will have matured enough for them to try it before they leave.

“They will visit Mr Moyden as part of their visits to different regional food producers.” 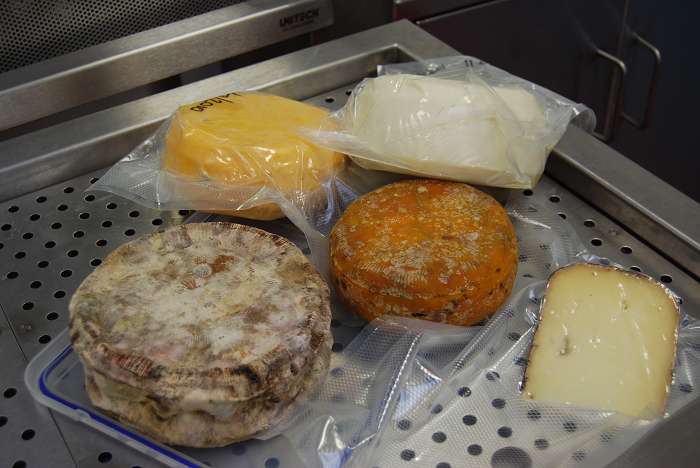 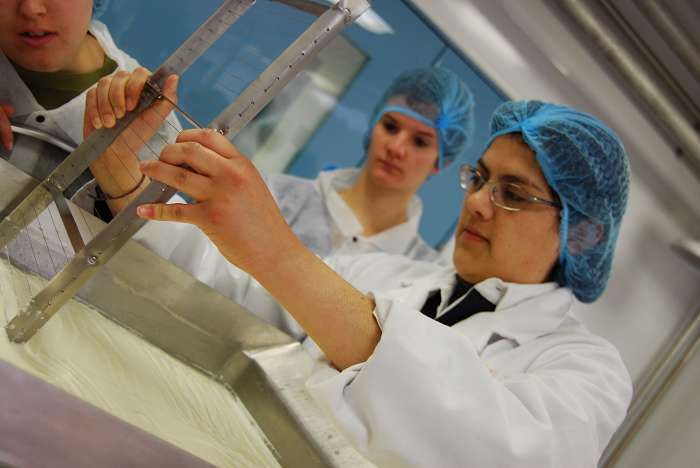