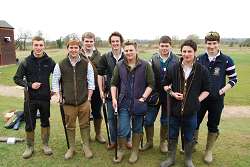 Harper Adams students raised more than £650 at a charity clay pigeon shoot at the weekend.

It was organised by the Harper Adams Field Sports Society and the Clay Shooting Club and attracted keen sportsmen and women from both the University College and Derbyshire area.

Paul Brooks helped to organise the event alongside Steve Mears, he said: “We had a fantastic day on Saturday raising money for Help for Heroes. Everything went very smoothly and special thanks go out to all who helped on the stands and in the office sorting out the paper work and raffle.

“The Field Sports Society is really proud of the achievement in raising £650 for the charity”.

The Skeet Challenge was won by Mr R Mason (25) and the Harper Adams Field Sports Society Charity Shield was won by Doveridge Members A, Captained by Mr Keith Hodgkinson, 167/200.

Event organisers, Paul Brooks and Steve Mears extend their thanks to Doveridge for providing the facilities to host the event. 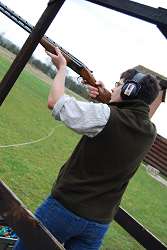