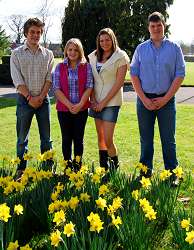 Welsh students studying at Harper Adams University College came together for an annual dinner last week where the new committee and an award winner were announced.

Members of Harper Cymru organise and take part in a variety of social events throughout the year, culminating in the annual dinner, when one committee steps down and the newly-elected one is announced.

The venue for this year’s dinner, held on Friday, was at Tern Hill Hall Hotel in Market Drayton, just a short distance from the Harper Adams campus, and guest speaker for the evening was Welsh Dairy Farmer Will Pritchard.

Mr Pritchard is heavily involved in Welsh Agricultural politics, being a past Chairman of the influential Wales Young Farmer’s Club Rural Affairs committee and is currently Chairman of the highly regarded Future Farmers of Wales Club. He has recently been appointed on to the (WAG) Wind Action Group 2020 group and has spoken at the Key Note Oxford Farming Conference.

Gethin will be formally presented with his award at the Royal Welsh Show in July.

Julie Brook, Alumni Officer said: “The judges were extremely impressed with all the candidates who were knowledgeable and committed in their individual areas of interest. They will all be excellent ambassadors for Harper Adams in their future careers.

“The quality of candidates was so good that we had a particularly difficult decision this year, but the winner impressed us with an exceptional level of maturity and determination in setting and following through educational and career goals while at the same time living up to the Harper spirit.”

During the committee handover, Tom Bradbury, aged 19 from Norbeth in Pembrokeshire, took over as the new Harper Cymru Committee Chairman for 2011.
He will be joined this year by social secretary Ed Roberts, 19, from Shrewsbury, treasurer, Kat Lewis, aged 21 from Mold, North Wales and 19-year-old Catherine Bletcher, also from Mold, who is this year’s secretary.

Speaking after the handover, Tom, BSc (Hons) Agricultural Engineering student, said: “I am really pleased I was chosen to be the Chairman. I am looking forward to a fun year ahead with a new committee.

“We are going to try and make some money for the club while having a good laugh.”

The dinner also provided an opportunity for prospective students from Wales to join in the fun and sample the Harper Adams social life – and seven visitors did just that, having learned about the serious side of Harper study on the campus earlier that day. 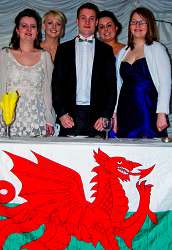 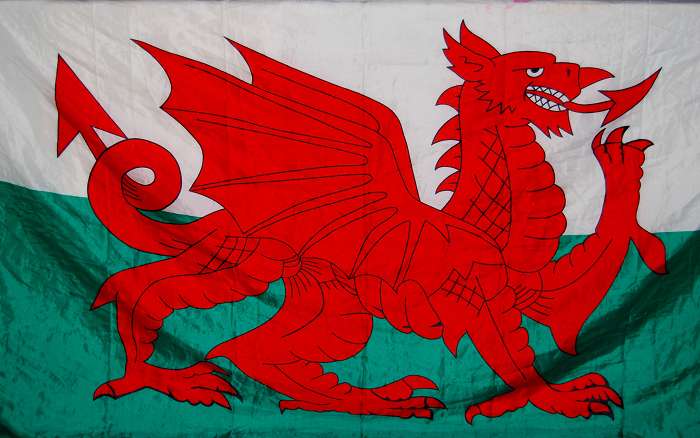 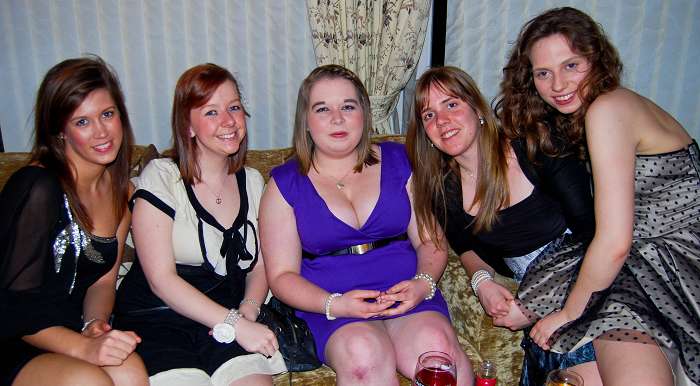 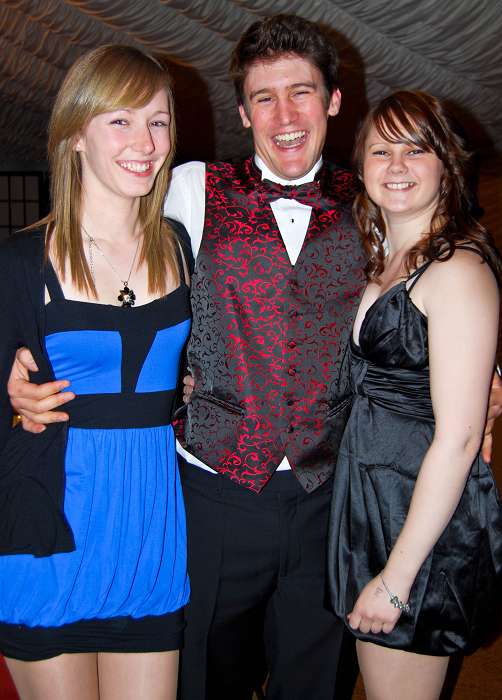 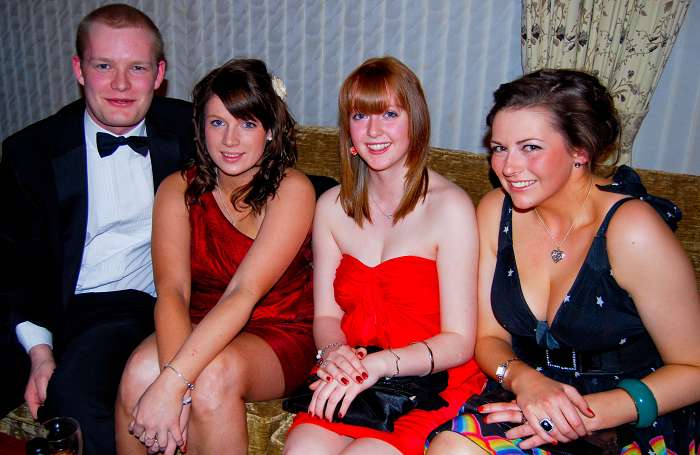 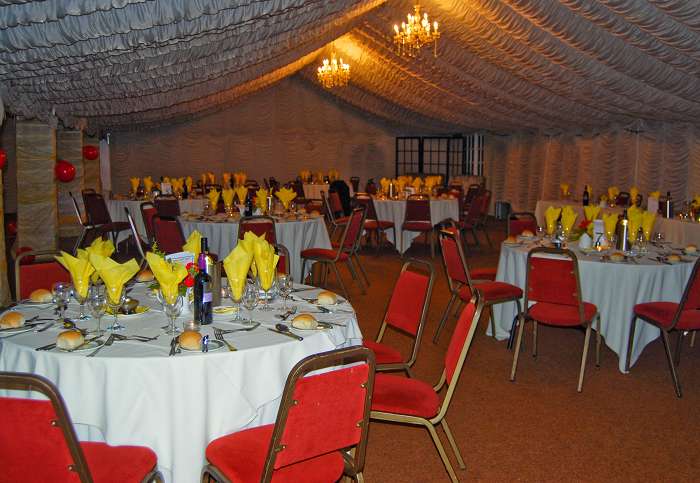 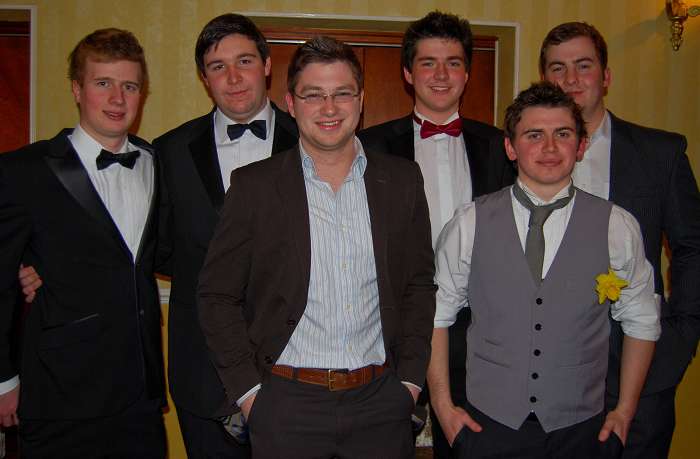 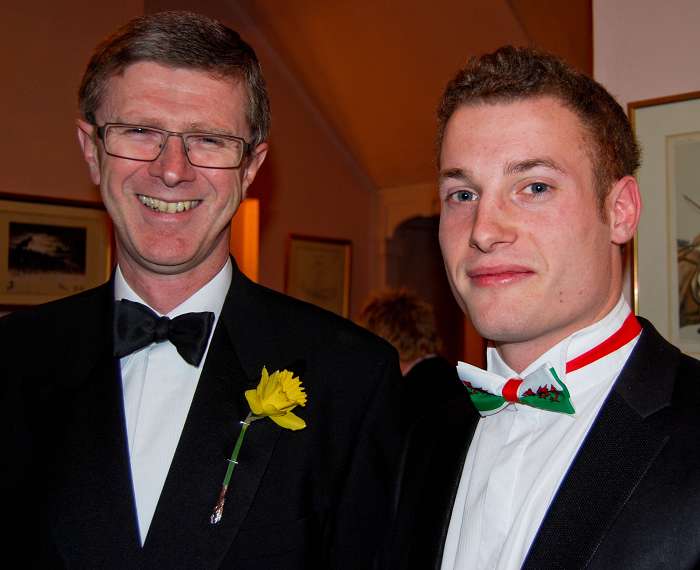 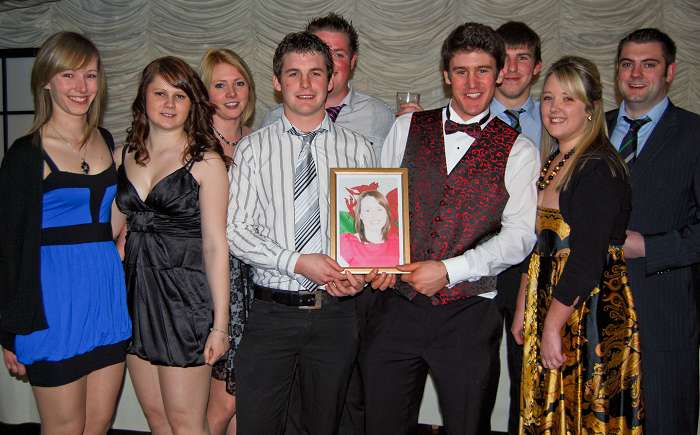