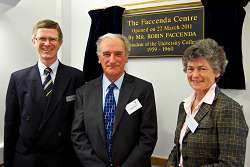 The heart of the Harper Adams campus has received a major enhancement in the shape of a brand new £4.5million student services building thanks to generous funding from poultry industry giants the Faccenda Group.

The development, which was officially opened on Tuesday, March 22, acts as a ‘One Stop Shop’ where students can access a large variety of services and find out answers to queries.

It has been named ‘The Faccenda Centre’ after one of the largest chicken processing companies in the UK, owned by Robin Faccenda who gained a National Diploma in Poultry at Harper Adams in 1961. The company, which can sell up to two million chickens per week, has generously given money towards the project.

The 2,171square metre state-of-the art building includes all the student facing resources such as student services, the new cafe Graze and careers help.

In addition, there is an open access IT suite, study and teaching rooms, a common room and meeting space, Continuing Professional Development (CPD) support, learning support and more.

A new shop associated with a local, family-run store in the nearby village of Edgmond is also situated in the building to serve staff and students.

Dr David Llewellyn, Principal of Harper Adams, welcomed invited guests and said: “Four years ago we started work on this project - raising funds for a student centre which would truly enhance the experience of our students.

“Discussions led to funding from the Higher Education Council for England (HEFCE), as well as the generous donation from the Faccenda Group.

"With this complete funding package the project was able to proceed. We are extremely grateful that an alumnus of this institution, and a University College Fellow - Mr Faccenda, should help the next generation in this way.”

Dr Llewellyn added that the gift was in the spirit of Thomas Harper Adams-the insititution's first benefactor.

He said: “In September, we will celebrate 110 years of delivering education for rural industry and communities, and our record is immensely strong- top in UK for graduate employment, top for widening participation and highly regarded for the quality of our teaching and applied research.”

Robin Faccenda, who was a made a Fellow of Harper Adams in 1992, officially opened the building, and said: “Thank you very much, it’s a great honour to stand here today to open this brilliant facility.”

Mr Faccenda announced that a deal had been signed for the next 10 years offering sponsorship for individual students on research and business courses.

He said: “The future of Harper Adams depends on working with industry hand-in-hand and developing graduates for our industries. “

Speaking about the building General Estates Manager, Paul Moran, said: “The Faccenda Centre is a beautiful building and a lot of time went into its design to ensure that it is not only aesthetically pleasing, but also functional and utilises sustainable materials and technology.

“It is right in the heart of the campus with close links to the halls of residence, library and the Queen Mother Hall. Its location should reduce the need to drive vehicles around the campus and encourage staff, students and visitors to walk.”

The new building has already been assessed by Building Research Establishment Environmental Assessment Methodology (BREEAM) and was given the highest standard of ‘excellent’. The recently opened Postgraduate Centre also enjoys this standard from BREEAM. 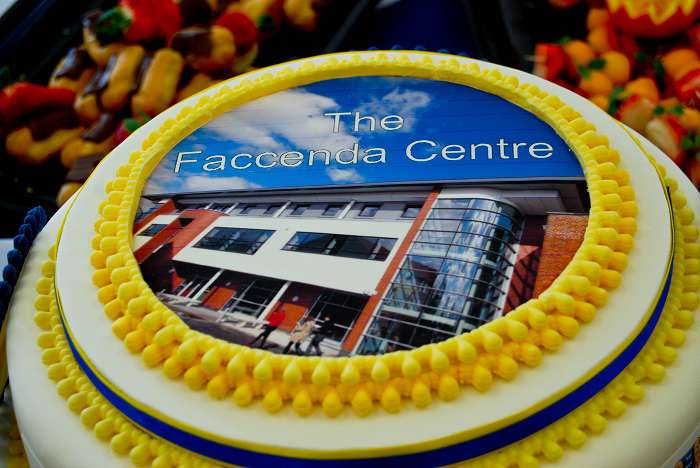 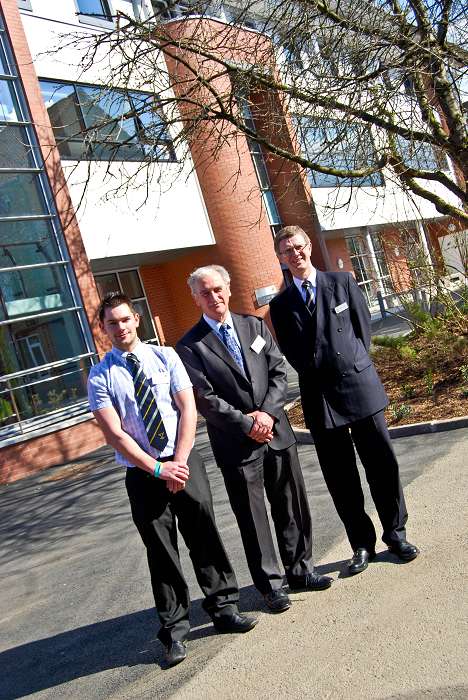 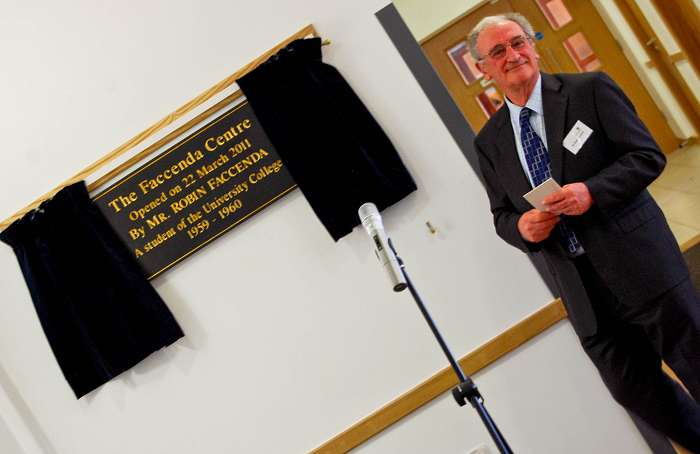