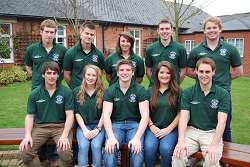 A group of ten students from Harper Adams spent the weekend developing their team working skills and confidence by taking part in challenges such as rock climbing and kayaking.

It was all part of ‘Exercise University Stretch’ – an Army in Society event for ten higher education institutions from across the West Midlands.

The event was run by Birmingham University Officer Training Corps (BUOTC) on behalf of the Royal Military Academy Sandhurst and took place at Blackshaw Moor, The Roaches and Rudyard Reservoir in Staffordshire.

Harper Adams Careers Advisor, Maria Simpson, helped to co-ordinate the event. She said: “The idea behind Exercise University Stretch is to build a strong relationship between the Army activities and the community, helping university students to develop skills and competences needed in today’s tough job market.”

The weekend included building the longest bridge which the Colonel could successfully cross. Although team Harper lost this to Aston University, they succeeded in scooping first prize for the activities completed on the first day.

Second year student, David Crozier, 20, said: “We had a really good weekend, and I think that we did Harper proud. It would definitely be worth doing again.” 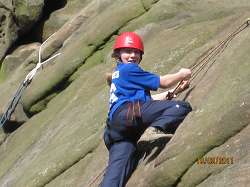 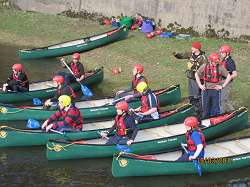