Harper Adams has established strong working relationships in China, based on its high quality academic provision and its specialist expertise in the agri-food chain. The UK must look outwards to help solve the global challenges of food and water security and climate change." - Dr David Llewellyn

Harper Adams Principal Dr David Llewellyn, with Director of International Policy Professor Brian Revell and other Harper Adams staff, visited Beijing earlier this month to explore agricultural developments in China, meet representatives of agricultural universities and host receptions for incoming students and their parents and for alumni of the University College.

The week began with an information session for students from Beijing Agricultural College who will travel to Harper Adams in September for the final year of their degree programme. The joint degree, established in 2004, has proved extremely successful, resulting, this year, in 83 Chinese students studying in Shropshire. The event, held in central Beijing, was a great success, and enabled students and their parents to ask questions about university life in the UK.

At another event, this time for Chinese alumni of Harper Adams, 50 former students gathered to reminisce about their university experience in the UK, and catch up with friends and colleagues.  The students talked about the careers they had followed in many leading companies and organisations, ranging from Mars to Ove Arup and to academic positions in Chinese universities.

During the week there was an opportunity for more formal meetings with the President and senior staff of Beijing Agricultural College, during which a friendship tree was planted to commemorate the Principal’s visit and the close ties between the two institutions. A tour of the BAC campus provided an opportunity to explore a new library that will open in the autumn of 2011, as well as a new campus with extensive teaching and research facilities.  The Principal also met a large group of first and second year students on the joint degree programme.

A tour of agricultural enterprises in Daxing county, to the south of Beijing, enabled the Principal to see developments in fresh produce production and a biogas plant serving the energy needs of seven surrounding villages. Experiences were exchanged on the development of the plant and on the Harper Adams anaerobic digestion system, which later this year will provide energy for the University College campus.

At a meeting of the Education Forum of the British Chamber of Commerce in China and the China Britain Business Council, Dr Llewellyn and Qu Min of London Metropolitan University, gave presentations on internationalisation in higher education, and the lessons learned from their work in partnership with Chinese universities.

A meeting with representatives of the Ministry of Agriculture enabled discussions to take place about the training programme run in the UK by Harper Adams over the last few years, for Chinese Ministry officials.

Later in the day, at a reception hosted by the British Ambassador to China, Mr Sebastian Wood, collaboration agreements with the four universities and the company were signed in a formal ceremony. The reception was also attended by some major UK companies with operations in China. The Ambassador said ‘I am delighted to see the collaborations developing between UK and Chinese higher education institutions and industry to tackle the issues of food security and climate change when they are of growing concern across the world.”

It was also announced that Harper Adams and JCB were to begin the development of a Masters degree programme in engineering that would enable participants to pursue a career in JCB China.  Speaking at the reception about the proposal, Mr David Bell, Chief Corporate Development Officer for JCB, said: “Harper Adams is an outstanding university and one with which JCB will be pleased to work to provide high quality staff for its operations in China.”

Commenting on his visit, Dr Llewellyn said: “Harper Adams has established strong working relationships in China, based on its high quality academic provision and its specialist expertise in the agri-food chain. The UK must look outwards to help solve the global challenges of food and water security and climate change.

"These problems have no borders and if we are to develop the sustainable intensification of farming we must work together.  In the process we will need people with higher level skills, a new generation of scientists able to work with food production systems across the agri-food chain, together with research of direct relevance to industry.  We greatly value our partnerships in China which will help us all to achieve these important objectives.”

Click on an images below to view a slideshow 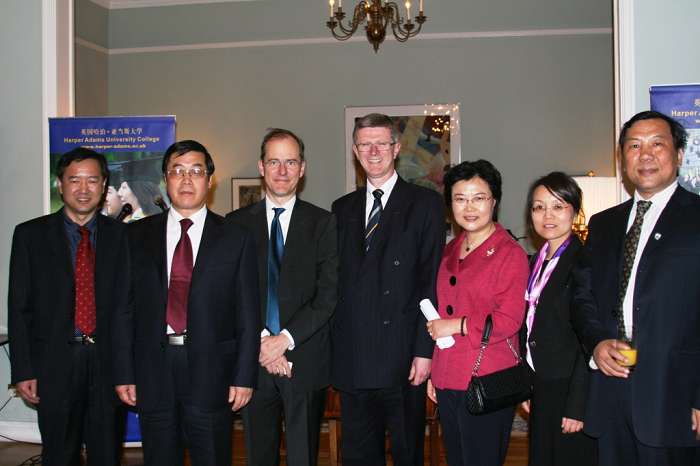 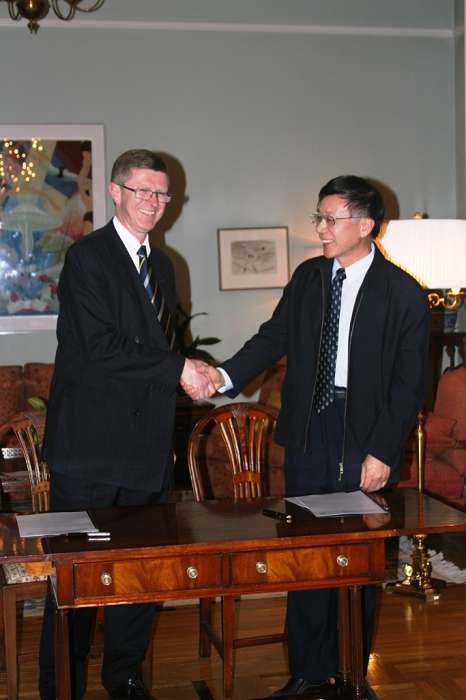 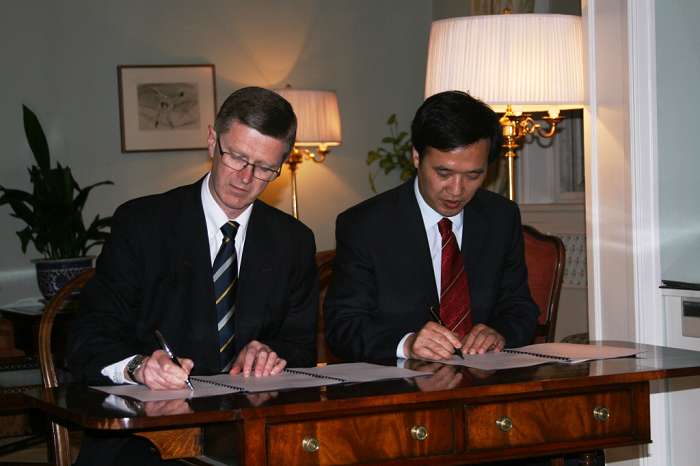 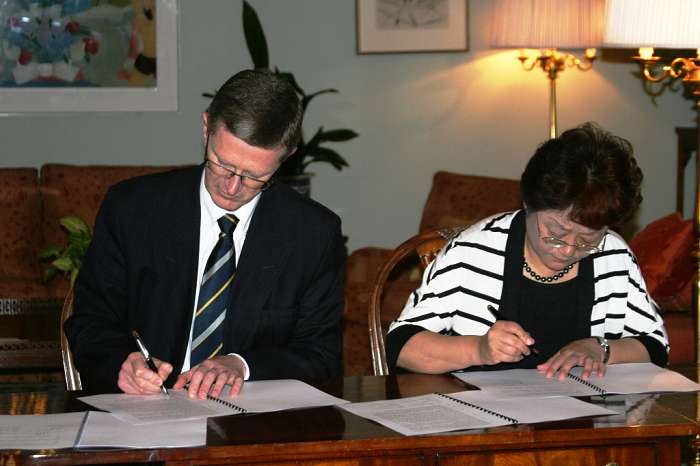 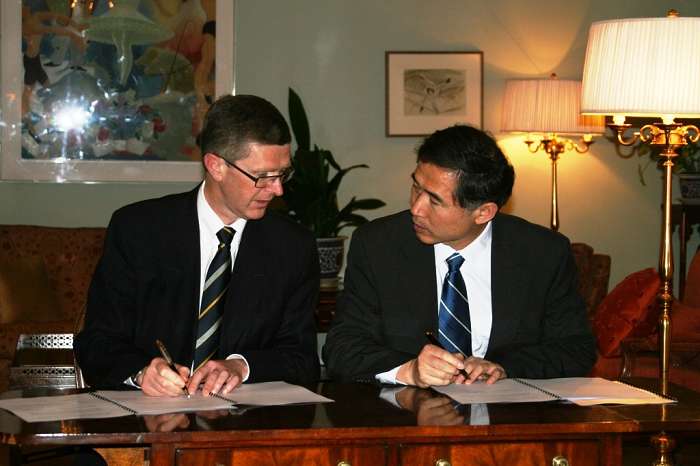