Comedy in the Country - this Sunday!

The support we’ve received for this event has been fantastic but there are still tickets left so please get in touch. 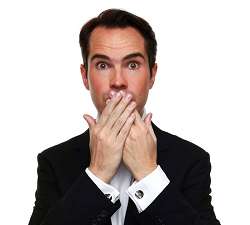 There are still tickets left for what could prove to be the biggest comedy event of its kind this year.

‘Comedy in the Country’ is bringing together seven popular comedy acts at a special gala event at Harper Adams University College in Shropshire, on Sunday.

Proceeds will go towards the NSPCC, Severn Hospice, Self Help Africa, Help for Heroes and Face charities.

Student Union President, Peter Dodd, has been busy organising the gala with help from a team of students and has been overwhelmed by support from the comedians, local businesses and the community.

He said: “The support we’ve received for this event has been fantastic but there are still tickets left so please get in touch. We hope to raise in excess of £20k.

“Comedy in the Country has the potential to be one of the biggest comedy events of its kind in the UK and really puts Harper Adams and Shropshire on the map for entertainment.”

The acts will perform in a special marquee for around 30 minutes each at the event, which is sponsored by Marston’s brewery and other companies.

Tickets (seated) cost £40-45 and can be ordered online at www.haucsu.com/comedyinthecountry