“We really hope that the ball will be one of the best events that Harper has ever seen." 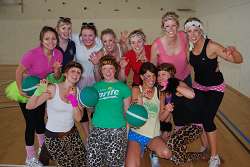 It was a case of ‘dodge, duck, dip, dive and dodge’ at the annual Harper Adams Summer Ball dodgeball tournament earlier this week.

The event was to raise money for the Top Gun themed Summer Ball on June 25, when the University College welcomes dubstep duo, Chase and Status.

The pair, famous for hits including ‘End Credits’, ‘Blind Faith’ and the most recently released, ‘Time’, will be performing a DJ set featuring MC Rage. Other entertainment includes The Mystery Jets and music from Groovy Revolution and in-house band, The Sugar Beatz.

Dodgeball, a sport made famous by the film of the same name, involves teams of six players trying to hit the opposing team with balls, while avoiding being hit themselves.

Summer Ball Committee Chairman, Tim Sedgewick, helped to organise the event. He said: “The committee organises the dodgeball tournament every year as a fundraiser.

“All sorts of teams enter and wear fancy dress, this year we’ve had a group of final year girls and even the Summer Ball committee has entered themselves.

“We really hope that the ball will be one of the best events that Harper has ever seen and we have no doubt that Chase and Status and the other acts will prove a fantastic end to the academic year.”

As well as general tickets for the end of year party, students can opt to go for VIP and enjoy a five-course meal prepared by the Harper Adams Catering Department. The menu has a farm-to-fork ethos, being locally sourced where possible.

Market Drayton-based Fordhall Farms will be supplying the food for the other guests on site.

This event is for students, staff, alumni and guests only, but the general public are invited to Comedy in the Country on Sunday. Details can be found at www.haucsu.com/comedyinthecountry 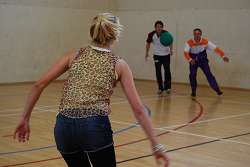 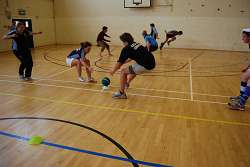