the new recruits have broadened the skill sets and experience, creating an exceptional professional resource. With a strong strategic vision and a clear aim to further enhance the already enviable reputation which Harper Adams has – this is an exciting time for the University College.” 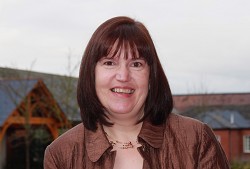 Harper Adams University College this week made the final appointment that will complete the line-up of its new Marketing and Communications Department.

Just over one year ago, the University College created a new post, Director of Marketing and Communications, as part of a wider restructuring exercise, bringing together marketing, student recruitment, schools liaison, publications, website and PR roles into one team.

The department is headed by the new Director, Lorraine Westwood, who made the cultural shift from the largest university campus in Europe – Manchester Metropolitan University, to one of the UK’s most rural campuses. Mrs Westwood has also previously held Director of Marketing posts at Foundation Degree Forward – Staffordshire University and Birmingham City University.

Mrs Westwood said: “The development of the new Marketing and Communications Department over the last twelve months represents a real step-up for Harper Adams. Building on the work of the existing team members, the new recruits have broadened the skill sets and experience, creating an exceptional professional resource. With a strong strategic vision and a clear aim to further enhance the already enviable reputation which Harper Adams has – this is an exciting time for the University College.”

Also new to Harper Adams is Marketing Manager Sarah Makin, who has worked in marketing and communications roles in the public and private sectors for over 20 years, including many years in the education sector.

Over the course of the last year, a further eight appointments have been made within the department.

James Smith, a Harper Adams Business graduate, from Telford, is the new website officer. James joined the team having previously been appointed Web Editor at a popular online action sports magazine, which developed his interest and expertise in web development and writing.

Sandy Dyson took up the post of Administration Assistant in April 2011, when she returned to the UK, and her home county, Shropshire, after spending four years travelling the Baltics, South East Asia, Borneo, Australia and New Zealand.  Previously, Sandy worked in Manchester for the General Medical Council.

Philip Sutton-Green, from Telford, and James Ince, from Norfolk, are both sandwich-year placement students from business courses at the University College. Phil is working in marketing and James in communications/publications.

Jade Sammons, from Telford, started as Marketing Administration Officer this week, having previously worked in a similar role at the PDSA.

Laura Coulthard, who starts in January, will be the new Marketing Officer specialising in schools and colleges liaison. Laura joins Harper Adams following her time as Student Ambassador Administrator at Staffordshire University.

Nick Deane has a part-time role as the coordinator of marketing activities in Northern and Southern Ireland. When not at Harper Adams Nick runs his own business, Hazelwood Marketing, based in Shrewsbury.

Former Shropshire journalist Alex Hardie, who starts in the New Year, is the new Marketing Officer for shows and events. Alex has a wide range of relevant experience including staging professional events in Europe for American start-up Blurb.

Mrs Westwood added: “Harper Adams University College is an outstanding higher education institution with a track record which is the envy of many.  The combination of the experience and successes of the established staff, combined with the skills and experiences offered by the newer member’s, means that we now have an exceptionally talented team who can make sure that we maximise the profile of everything that Harper Adams has to offer.” 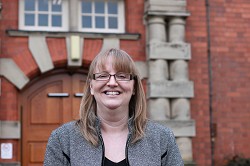 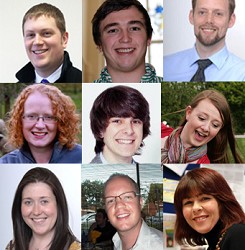