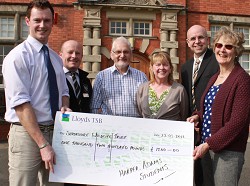 Students from Harper Adams University College have handed over £1,200 to the Shropshire Wildlife Trust, raised at the Darwin Garden Open Day in February.

Final year students worked with the wildlife trust and garden owners, Sharon and John Leach, to organise and run the event at the start of the 2012 Darwin Festival.

The open day was so successful that Shropshire Wildlife Trust has now launched a fundraising campaign to help it buy the garden, which runs alongside the River Severn in Shrewsbury, behind Darwin’s birthplace, The Mount.

Rob Smith, the student who project managed the open day, said: “It is a pleasure to be able hand over this donation, made by opening up Darwin’s Garden, to the fund to buy the garden and woodland. The open day surpassed our expectations, showing that there is a real appetite to walk the paths enjoyed by Darwin as a child, and we wish Shropshire Wildlife Trust well with its appeal to buy the garden and open it up for even more people to enjoy.”

Accepting the cheque, Lady Veronica Cossons from the Shropshire Wildlife Trust, explained that she would like to see a continuation of the type of tours offered at the open day – with guides leading visitors through the garden and woodland and telling them about Darwin’s life.

The Darwin Garden Appeal target is £75,000 and will cover buying the land, which has been offered to the trust at a below the market rate, removal of unsafe trees, opening up of views, making good boundaries and installing simple, artistic interpretation and continued education activity. 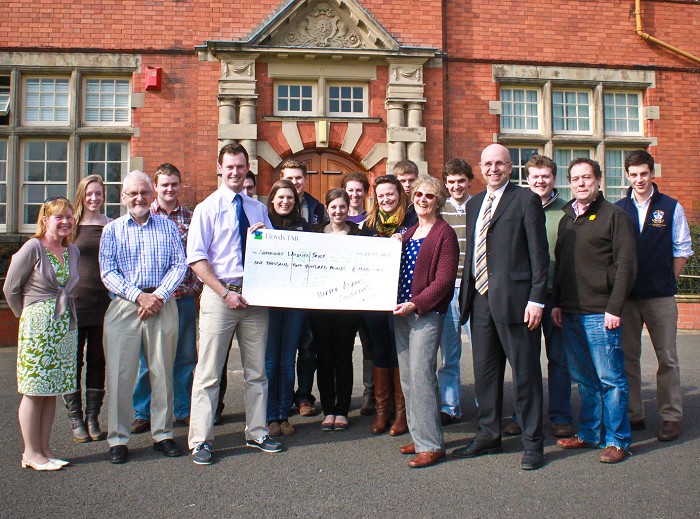