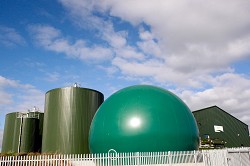 The Harper Adams University College anaerobic digester has been shortlisted for the National Recycling Awards 2012.

The AD project, which recycles food waste and farm slurry into heat, power and natural fertiliser, is a finalists for the Best Energy from Waste Initiative, which seeks to reward the company or organisation that demonstrates innovation and environmental benefit in recovering energy from what might previously have been seen as a residual waste destined for landfill.

Paul Moran, Estates Manager at Harper Adams, said: “We are delighted that this project, which has the potential to offset out campus carbon emissions more than three times over, has been shortlisted for a National Recycling Award. Not only does the AD provide for our campus energy needs, it is also a bespoke demonstration facility and we have welcomed thousands of visitors from across the globe.

“The project benefits farmers and others who could adopt the technology to save or even make money; students learning from it as a demonstration facility; every community whose food waste is fed into it and diverted from landfill; and the environment. We were able to see the value AD offered when we embarked upon this ambitious project, and recognition such as this is welcome proof that our efforts are valued at national level.”

The winners of the National Recycling Awards will be announced on Tuesday July 3 at a dinner in London. 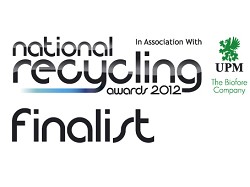