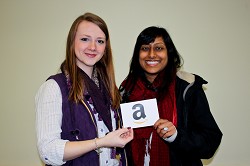 The competition was launched as a fun way for people to explore and convey the work of Harper Adams and the areas the University College specialises in.

The rules were simple: to link an Olympic/sporting fact, to something from the subject areas covered at Harper Adams University College, including the food chain and farming, engineering, business, animal health and land management.

Priya and James’s winning facts were chosen by a panel of senior managers.

The winning fact, which secured £50 in Amazon vouchers for Priya, was:

“The Harper Adams anaerobic digester uses up to 12,000 tonnes of food waste that would otherwise have gone in to landfill--this same figure (12,000) in calories is what 16-time Olympic medalist Michael Phelps consumes in a day during training.”

And James’s fact, which won him £25 in Amazon vouchers, was:

“Running from Harper Adams to Lilleshall (home of the National Sports Centre) on to Ironbridge (home of the Industrial Revolution) then to Much Wenlock (start of the modern olympic games) finishing at the Wrekin (famous Shropshire landmark) is the same distance as a marathon.”

View the slideshow below to see some more of the best entries. 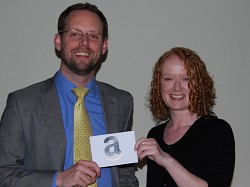 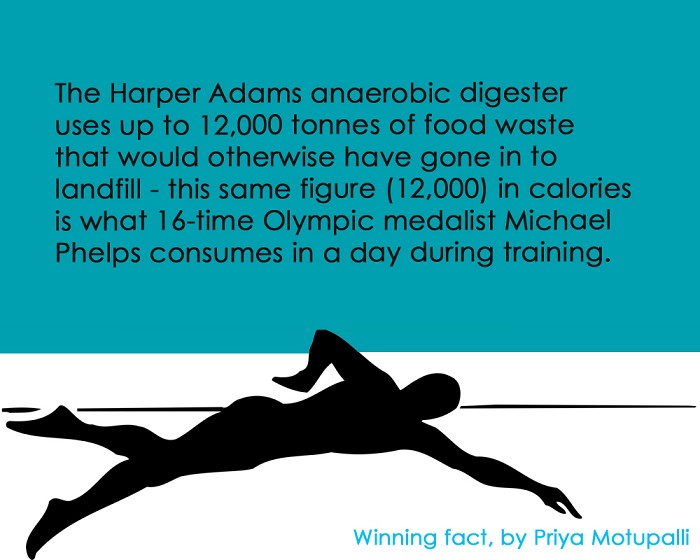 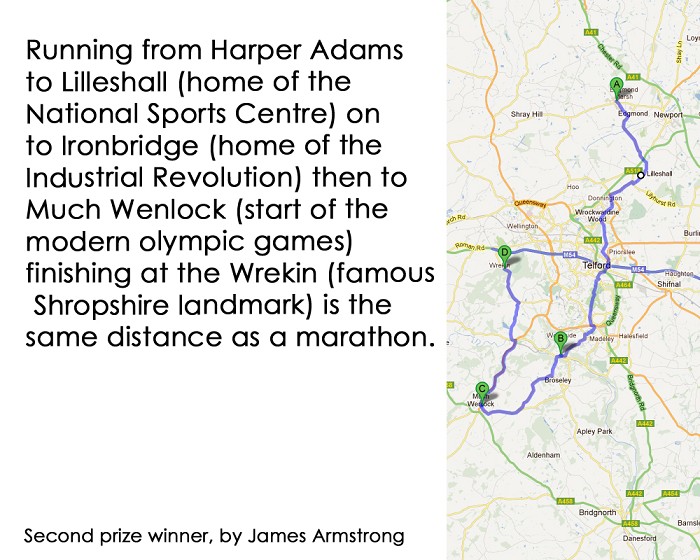 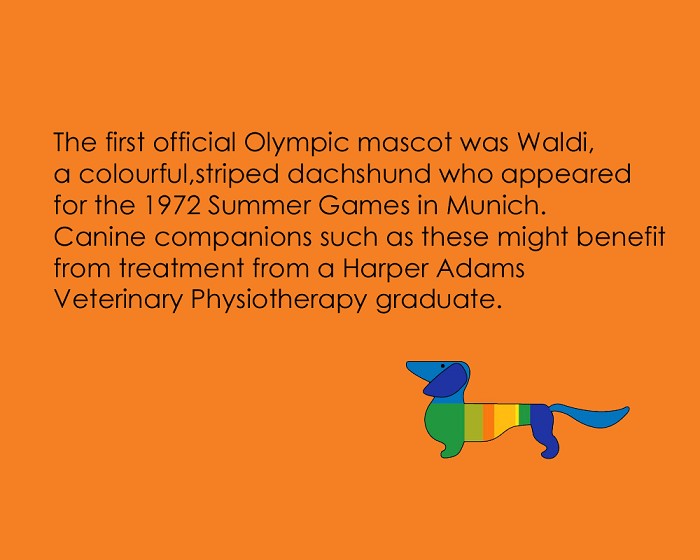 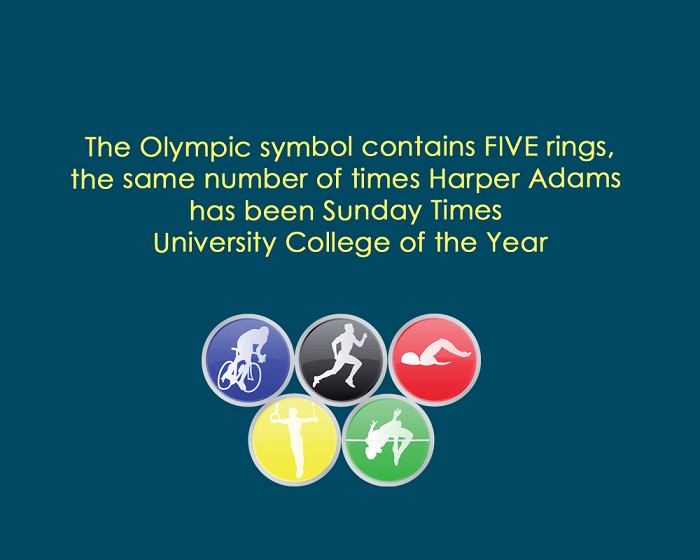 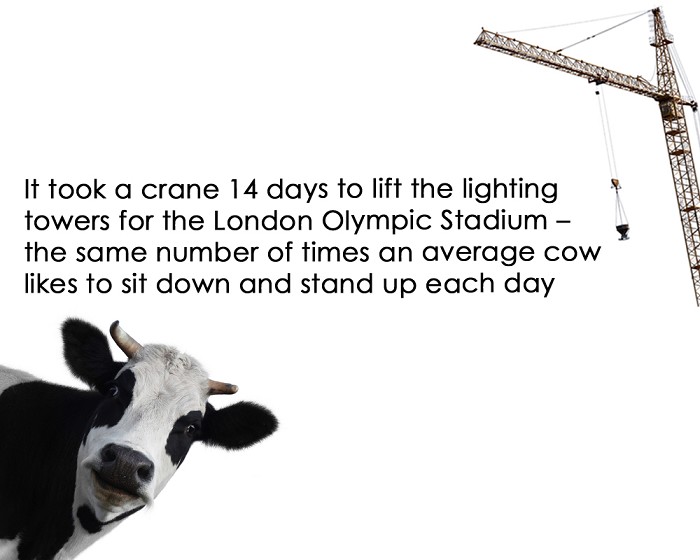 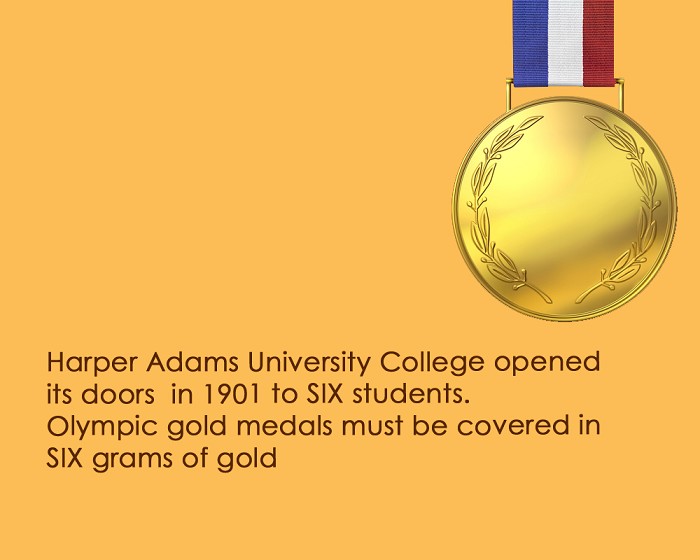 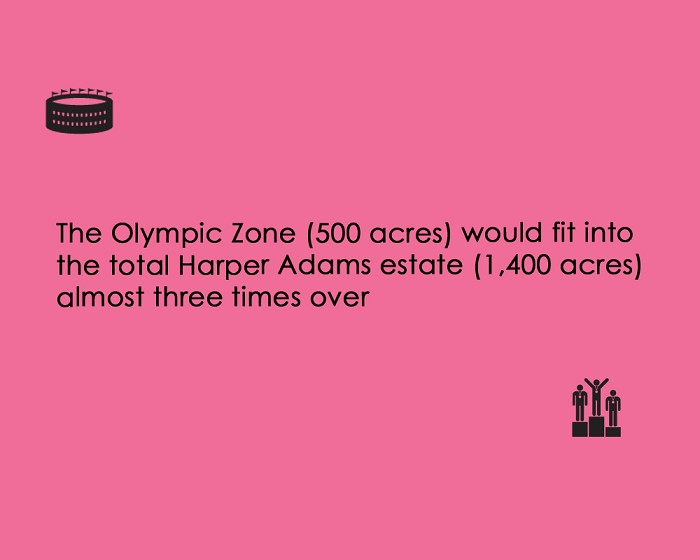 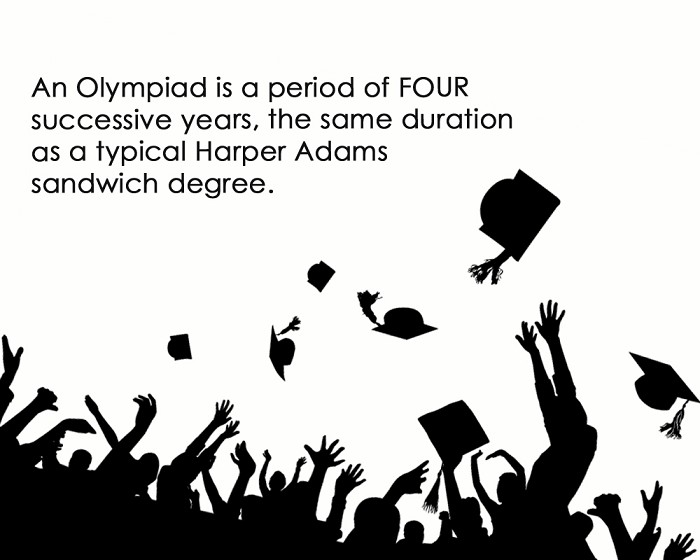