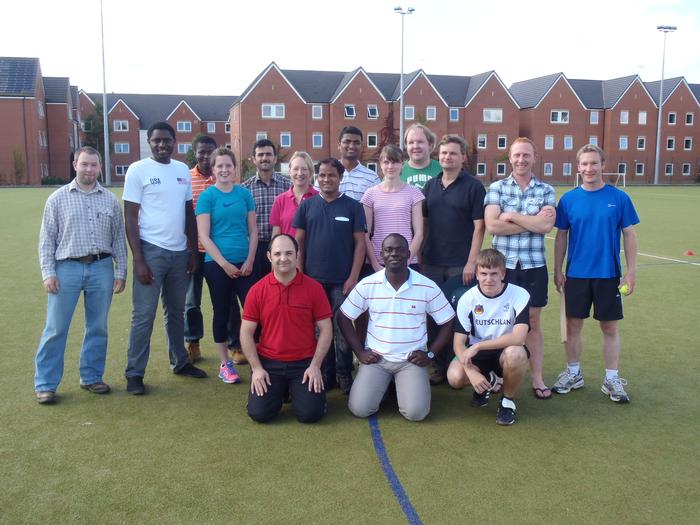 Staff and researchers at Harper Adams have taken part in a series of sports socials, raising more than £120 for a Shropshire charity.

Football, basketball, cricket, rounders, volleyball and netball have been played during the spring and summer months using the on-campus sporting facilities.

Co-organiser and postgraduate researcher, Stacey Blease, said: “Because we are lucky enough to have free facilities on our doorstep, we thought it would be a good idea to start a charity collection.

“At the end of the academic year we had raised £127.81 so decided to vote for a suitable charity. We chose Hope House Children’s Hospice near Oswestry.”

The social matches have attracted 25 members of staff and researchers from across a variety of departments.

Stacey added: “Although there has been a little competitiveness, it’s really all about the social side.

“It’s been great getting to know people from different areas of Harper Adams and is something we hope to continue next term with the arrival of new postgraduate researchers and staff.”