I’m really enjoying studying in the UK and am looking forward to implementing these modern systems of agriculture back home in Tanzania. 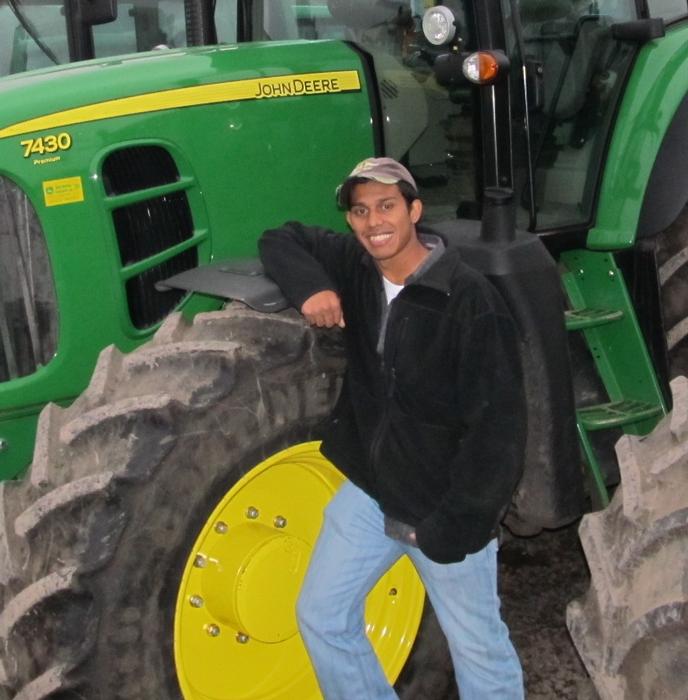 The 20-year-old has found studying in the UK a real eye-opener and regularly reports back what he has seen and experienced to his family on their arable farm.

He said: “There’s a real difference coming from a developing country when it comes to the technology used in crop production.

“It really inspires me and it’s great to see the machinery and methodologies in reality, instead of just on television or in magazines and leaflets.”

Wayne is studying BSc (Hons) Agriculture with Mechanisation and chose the course as the modules cover what he wants to study. He is about to start his second year of studies.

He added: “At home I studied at an international school with English teachers and they brought over prospectuses from the best universities.

“That’s how I heard about Harper Adams and knew that I wanted to come, so chose the course that fitted me the best.

“It’s brilliant and absolutely amazing, both education-wise and socially. I’ve made lots of friends, who are mostly English, and have invited them over to Tanzania for holidays.”

Wayne is from the Arusha Town region, an area that attracts tourists thanks to its national parks and mountains. Its primary industry is agriculture.

He added: “I’m really enjoying the countryside environment here at Harper Adams, as well as the facilities such as the library, indoor soil hall and machinery that students get to use.

“I’m hoping to spend my placement year abroad, somewhere that uses similar agricultural methods as we do at home.

“I’m really enjoying studying in the UK and look forward to implementing these modern systems of agriculture back home in Tanzania. I’m learning ready for the future.

“I also want to make the most of the technical shows and events that take place here, I’m a real fan of John Deere!”