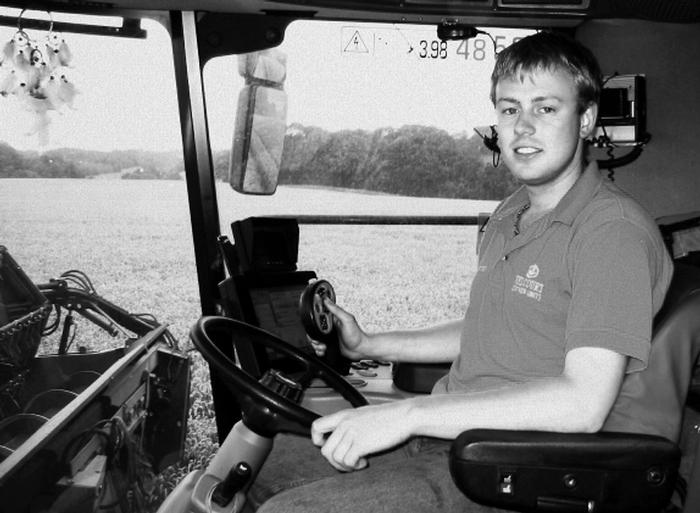 Tom, from Penrith, Cumbria, is in his placement year of a four-year BSc in Agriculture and Crop Management at Harper Adams University College.

Besides gaining valuable experience on farm, Tom has benefited from a Velcourt arable scholarship. And he will enter the Velcourt Management Training Scheme on graduation in 2014.

Five farms in Velcourt's Dover Unit have 2,200 ha of arable cropping between Dover and Canterbury. George Daniel, a former Velcourt Arable Scholar, is now Assistant Farm Manager at the unit.

Tom says: "This harvest I have run a continuous flow drier on one farm, which grows milling wheat for Warburtons and rye for Ryvita. Both companies require top quality crops."

The Harper Adams student has also worked as a relief driver on one of the unit's two Case 9120 combines.

"Despite the late start to harvest and some difficult weather conditions, the harvest operations have run smoothly. I'm looking forward to the rest of my placement with Velcourt and gaining hands-on experience of other arable operations including drilling, fertiliser spreading and spraying," says Tom.

Before going to university Tom went to Myerscough College, where he gained an NDA with Distinction. In addition to working with livestock and arable in Cumbria, he has worked on arable farms in North Hants, Essex and Worcestershire.

Tom will return to Harper Adams in autumn 2013 to complete his final year at Harper Adams, graduating in September 2014.