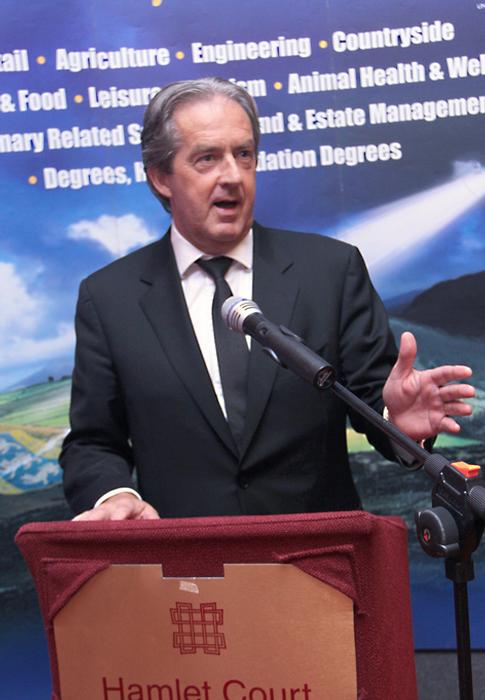 Nearly 70 former students, incoming students and representatives of the agri-food sector gathered at the Hamlet Court Hotel outside Dublin last weekend for the biennial Harper Adams in Ireland Dinner.  Harper Adams in Ireland, the representative body for alumni of Harper Adams University College, which is located in Shropshire, hosted an excellent evening where there was much discussion about current issues in the agri-food industries and the future of the sector.

The dinner was generously supported by over 40 companies and organisations from across the industry, some of whom sponsored individual elements of the menu.

Chairman of Harper Adams in Ireland, Mr Joe Lawson, introduced the proceedings and was followed by Mrs Ann Truesdale who presented the 2012 John Thompson & Sons Ltd, Victor Truesdale Prize to recent graduate Paudie Fehin of Charleville, Co. Cork.  In his reply, Paudie spoke warmly about his time as a student at Harper Adams where he studied agricultural engineering.

President of Harper Adams in Ireland, Dr Bríd Rodgers, introduced the main speaker for the evening, Mr Aidan Cotter, Chief Executive of Bord Biá. In an inspirational address, Mr Cotter spoke of the challenges of global food security, the role of Bord Biá in the Irish agri-food sector, including the Food Harvest 2020 strategy, together with the work of his organisation in promoting sustainability in agricultural production.  The speech was enthusiastically received, not least because of its emphasis on the role of education and research in tackling critical issues of natural resource management and improving the international competitiveness and impact of the Irish agri-food sector.

In his response to Mr Cotter’s speech, Principal of Harper Adams, Dr David Llewellyn, explained how the work of the University College covered many the areas identified by Mr Cotter, and outlined some of the recent success of this leading agri-food institution.

As well as winning six national awards for its activities in renewable energy production through the use of anaerobic digestion over the last year, Dr Llewellyn explained that the University College’s graduate employment now stood at 98.3%, 6 months after graduation.  This was the third highest employment performance in the UK university sector.  The University College’s close relationship with industry was a major factor in this success, and Dr Llewellyn expressed his gratitude to the many supporters of Harper Adams who provided scholarships and other forms of sponsorship for student clubs and societies and encouraged students from Ireland to consider Harper Adams for their university course.  One of many examples was a new Rabobank Agri-Food Scholarship, won by Jacob Irwin of Dungannon, Co. Tyrone, who will start his course at Harper Adams at the end of September.

The dinner provided an ideal opportunity for former students to catch up with each other and to meet representatives of leading companies and organisations in the agri-food sector.  It also underlined the continuing commitment of Harper Adams to helping provide high quality graduates in a wide range of disciplines across the agri-food industry that will be so important to the sector in years to come. 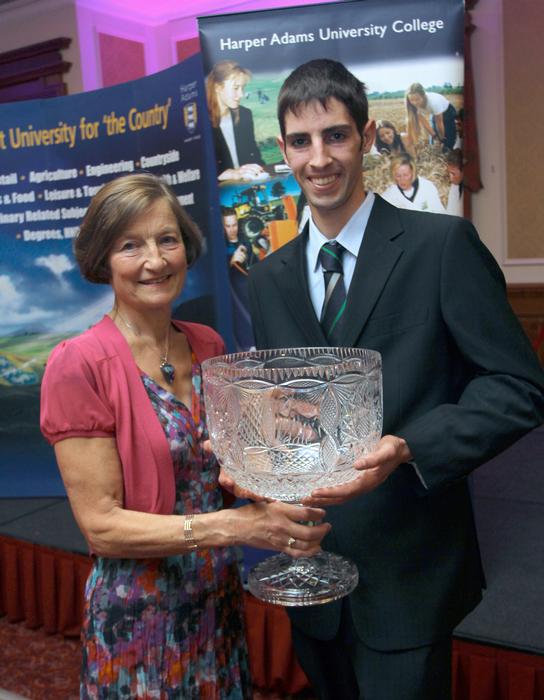 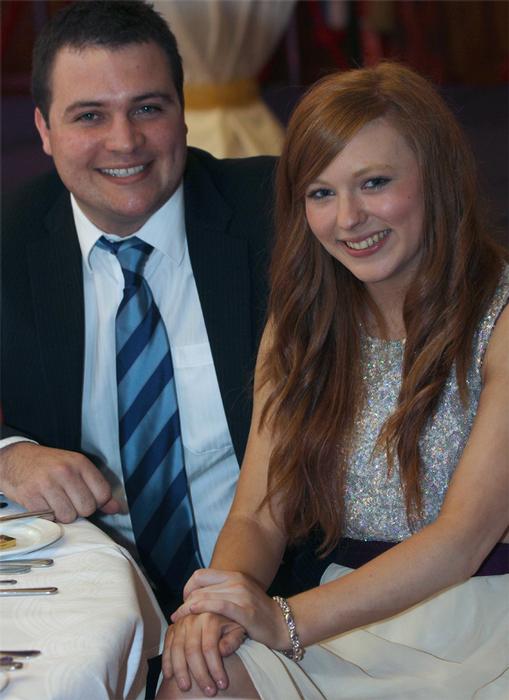