"Continuous improvement is exactly what we have been trying to achieve, with the institution going through a lengthy period of change during which sustainability has been ingrained in everything we do." 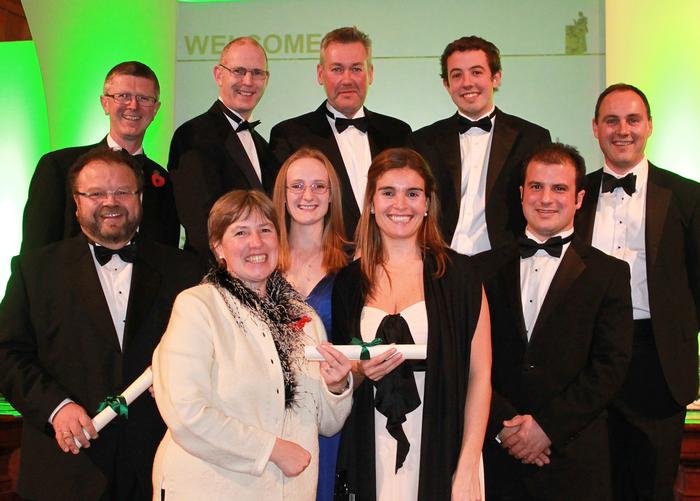 Harper Adams University College’s continuous drive to operate the best possible sustainable practices and develop new approaches and technologies that can be replicated across the university sector has been honoured at the 2012 Green Gown Awards.

Harper Adams was highly commended in the “Continuous Improvement: Institutional Change” category, in which six institutions were finalists.

Responding to the University College’s submission, “The four-time carbon neutral campus”, the judges said: “The Harper Adams entry was well thought-through and demonstrated the impact that can be made on sustainability across the institution.”

Harper Adams had explained an eight-year period of change which culminated in the introduction of an anaerobic digestion plant on campus, which has helped to make the University College 75 per cent self-sufficient for electricity. Other initiatives include green building design, local food sourcing, research of student attitudes to energy use and much more, which has been recognised by a variety of national awards.

Dr David Llewellyn, Harper Adams Principal, said: “This is a great honour. Continuous improvement is exactly what we have been trying to achieve, with the institution going through a lengthy period of change during which sustainability has been ingrained in everything we do. My thanks go to everyone who has helped us to get where we are now.”

Harper Adams was the only highly commended finalist in this category, and the winner was Manchester Metropolitan University for its project “Let’s make a sustainable planet”.

Also highly commended, in the research and development category of the awards, was Aston University’s European Bioenergy Research Institute (EBRI) Pyroformer technology, which is currently installed at Harper Adams.

The Pyroformer uses waste products to generate cost-effective heat and power and could reduce the world’s reliance on fossil fuels. Researchers working at Harper Adams are currently investigating a range of feedstocks for the Pyroformer, including wood, sewage sludge, straw from rape, wheat and rice, glass clippings and dried anaerobic residues.

Louise Russell, EBRI Marketing and Communications Officer, said: “This is an amazing achievement that gives this significant break-through in sustainable energy provision the recognition it so rightly deserves, and demonstrates the role universities play in developing solutions for mankind’s future.”