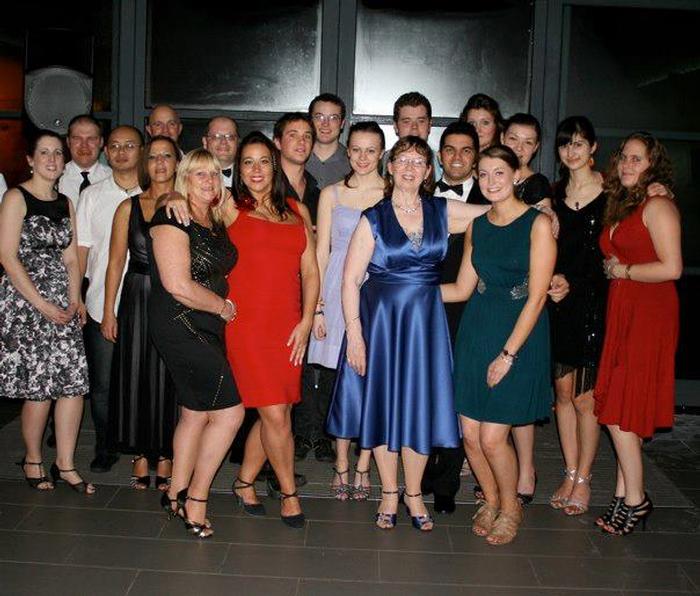 More than 70 staff, students and guests at Harper Adams University were transported to exotic Cuba when a Salsa Ball was held on campus.

The community-based event on December 8 was organised by Sylvie Daw, of Telford-based Salsaparami, who runs Salsa classes at the university every Thursday from 8pm in the Queen Mother Hall.

The classes, which started in October, have increased in popularity among students and staff to such an extent that Sylvie is starting a second class in the new year and opening it up to the community.

Sylvie, who has been teaching Salsa for 10 years, said: “We had about 75 people attend the ball, including the Vice-Chancellor David Llewellyn and his wife, which was great considering it was our first ball at Harper.

“David joined in and did really well. He seemed to have a great time and was really impressed with how everyone interacted and how popular the club is.”

Sylvie has been dancing since the age of four, discovered Salsa in 2000 and has been totally hooked on it ever since.

“At the end of each term we will be having a ball as there is no point doing a class if you can’t use what you have learnt,” she added.

“Come and have a go. It’s really, really easy. Lots of people think it is difficult but Salsa is one of the easiest dances to learn.

“It’s not formal and you don’t need a partner so come along and give it a go!”