Everything here at Harper Adams ties in entirely with our strategy at Defra. 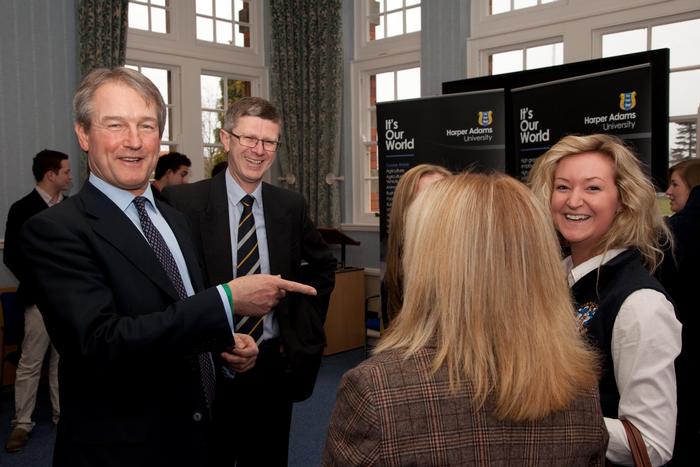 Secretary of State for the Department of Environment, Food and Rural Affairs, the Rt. Hon. Owen Paterson, has visited Harper Adams University to meet a group of final year students.

Mr Paterson, who is also the MP for North Shropshire, has taken a keen interest in the university, last visiting two years ago when he was Secretary of State for Northern Ireland.

During the visit on Friday he was updated by the university’s Vice-Chancellor Dr David Llewellyn on developments at the university, and its links internationally with institutions such as the China Agricultural University in Beijing and Cornell University. They also discussed the Secretary of State’s work with David Willetts, the Universities and Science Minister, on the forthcoming Agri-Tech Strategy.

Mr Paterson was later introduced to a small group of students who spoke about their courses, placement years in industry, career aspirations and the reasons why they chose to study at Harper Adams University.

He said: “The Vice-Chancellor invited me to come along for an update as I was last here two years ago.

“Everything here at Harper Adams ties in entirely with our strategy at Defra.

“What is good about Harper Adams is that its students will have all done a placement year which is exactly what we are looking for – people able to learn about practical implementation.”

Katie Charley, 23, from Portsmouth, who is studying BSc Honours Veterinary Nursing and Practice Management, was one of the first students to meet the Conservative Minister.

She said: “He asked us where we were from and our reasons for choosing Harper Adams and whether we wanted to go into large animal work. It is nice that he shows an interest with us being such a niche university.”

Simon Wright, 22, from Suffolk, also got to meet Mr Paterson. The BSc Honours Veterinary Nursing and Practice Management student said: “I was thrilled to meet the Secretary of State and put a face to a name. Being vet nurses it is nice that we had the chance to be represented here today.”

Anna Meynell, 21, from Derbyshire, who is studying BSc Honours Rural Enterprise and Land Management, said: “It was really interesting to meet him. I think it is good he wants to get to know the students and is interested in what we are studying, and that he has taken the time out of his busy schedule to come and meet us.”

Twenty-nine year old James Meadows, from Cambridge, who is studying a MEng in Off Road Vehicle Design, said: “It has been really good to have been here today. It is massively important that he has come here to find out what we are doing.”

Steven Hawkswell, 23, from York, who is doing a BSc Honours degree in Agriculture and Crop Management, said: “I was pleased to get the opportunity to meet Owen Paterson. It was very interesting to be able to discuss some of the important issues in the agricultural sector with him.” 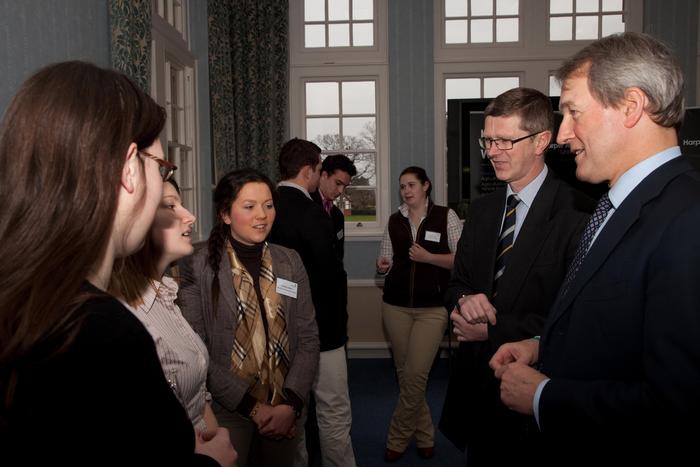