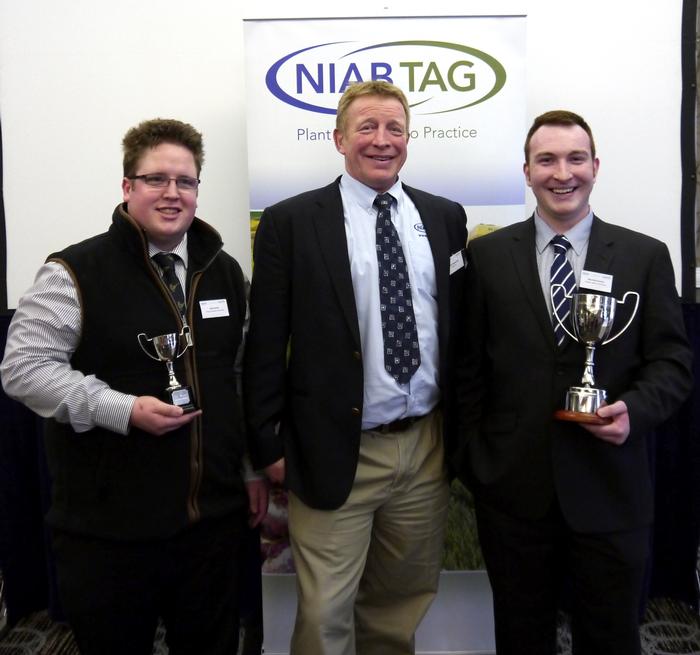 Agriculture students and recent graduates from Harper Adams University have been crowned the first ever winners of a special crops prize.

To win the £2,000 prize, the Harper Adams team competed against other universities and colleges to grow a crop of Cordiale wheat. They beat Easton College, Newcastle University, The Royal Agricultural College, Lincoln University, Sparsholt College and a fellow student team from Harper Adams.

Dr John Reade, Senior Lecturer, said: “The NIAB TAG Agronomy Cup proved to be a very valuable opportunity for these students to put into practice what they had learnt both in classes and also whilst on placement - an integral part of their course.

“They showed great enthusiasm for the Cup, regularly meeting and discussing possible options before settling on the final recommendations.

“They also visited the local trial site on a number of occasions to observe what was needed and the consequences of their recommendations.”

The four team members graduated last September. Ben and Howard are now in employment whilst Rob and Alex are topping up their qualifications to BSc Honours degrees at Harper Adams.

Whilst growing the wheat, the team had to visit the NIAB TAG field trial plots and make observations and assessments of crop development and diseases.
NIAB TAG trials officers then provided their own set of disease assessments which were used for comparison training and education.

Once the assessments were made and the plots harvested, the team analysed the data, with the methods and results reviewed by field experiment statisticians within NIAB TAG.

Ms Johnson said: "The FdSc Agriculture team were focused on winning from the outset and I received accurate progress reports throughout the season. They showed particular attention to our information on soil type, population counts, accurate growth stages, disease levels and variety and used the data well in their decision-making on agrochemical inputs and crucial application timings.

“This was despite a very difficult growing season and high disease pressures. I think many established growers would be envious of the final quality, yield and gross margins achieved by the team."