I thoroughly enjoyed my placement. It gave me a great experience into what the working world would be like after graduating. 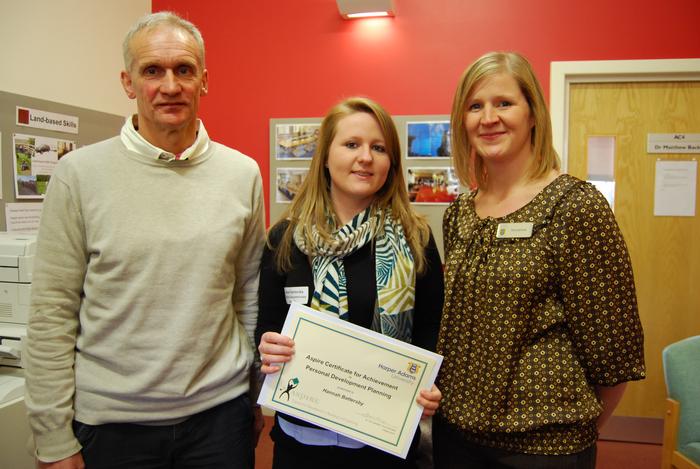 Six Harper Adams University students have been presented with special awards in recognition of what they achieved during their placement year in industry.

Each student was presented with a certificate and a cheque for £50 by the university’s Vice-Chancellor Dr David Llewellyn at a special awards ceremony in the Aspire Centre on campus on Monday.

The Aspire award is given to students who have made the most of their year working in industry.

The majority of courses at the university feature a placement year, providing on-the-job training for students in a professional environment.

Rachael, 21, from Blyton in Lincolnshire, is studying BSc (Hons) Food, Nutrition and Well Being, and spent her placement year with leading international manufacturer of fresh prepared foods Bakkavor.

She said: “I had a fab time on placement. I really enjoyed it and it flew by so quickly. It was a really worthwhile year.

“I’m hopefully going to go back to Bakkavor in a new product development role. I’m going to speak to them soon so hopefully I’m going to be back there and will be developing salads for Waitrose.”

She spent most of the time working in Scotland, mainly around Edinburgh, and in New South Wales in Australia, as well as visiting the hatchery in Stratford upon Avon.

She said: “I worked between all the different jobs so I did some laboratory work, management of the hatchery and how the hatchery works, and was relating it to production and trying to increase the production of chicks.

“I really enjoyed it. I never thought I would work with poultry before so it was a nice experience.

“I would like to go back to university for four more years to do veterinary science to then specialise as a poultry vet because it would be something I’m really interested in and I have always wanted to be a vet and I like working with chickens so I thought, why not.”

Jamie, from Llandrindod Wells, in Powys, is studying BEng (Hons) Agricultural Engineering, and did his placement at Shelbourne Reynolds Engineering in Suffolk.

Jamie worked with the company’s product specialists, researching and developing new and existing machines as well as designing and testing new products. He hopes to go back there in the future after a harvest season in New Zealand.

The 21-year-old said: “I worked at Shelbourne Reynolds Engineering working with design engineers. I was a student design engineer designing and modifying existing products for their global engineering enterprise.

“I thoroughly enjoyed my placement. It gave me a great experience into what the working world would be like after graduating.

“I really enjoyed the work I was doing, the people I was working with and I would very much like to go back to do that kind of job in the future.”

Twenty-one-year-old Phil Robinson, from Staveley, Kendal, Cumbria, is studying BSc (Hons) Rural Enterprise and Land Management, and did his placement on the 145,000 acre Atholl Estate in Perthshire.

Phil’s role varied from helping out on the hill alongside the deer stalkers to applying for rural grants.

Katie James, from Endon, Staffordshire, is studying FdSc Agriculture, and did her placement on Dunlea Farm, near Leek, in Staffordshire.

Katie’s role involved looking after the young-stock, evening milking, silage carting and all aspects of lambing. She also assisted in the construction of a new calf rearing building.

The 20-year-old said: “I think the thing I enjoyed the most was the milking as I had done no previous milking before and nothing to do with dairy cows so that was my best bit.

“I didn’t know there was such an award available so when I got the email through saying that I had won something it was brilliant.”

Rebecca Crothall, 27, from Shrewsbury, Shropshire, is studying BSc (Hons) Countryside and Environmental Management, and did her placement with the National Trust at Attingham Park, near Shrewsbury.

Rebecca’s role was to work within the wardening team on the 4,000 acre estate and alongside a leading team of volunteers in practical countryside tasks ranging from litter picking to tree felling. 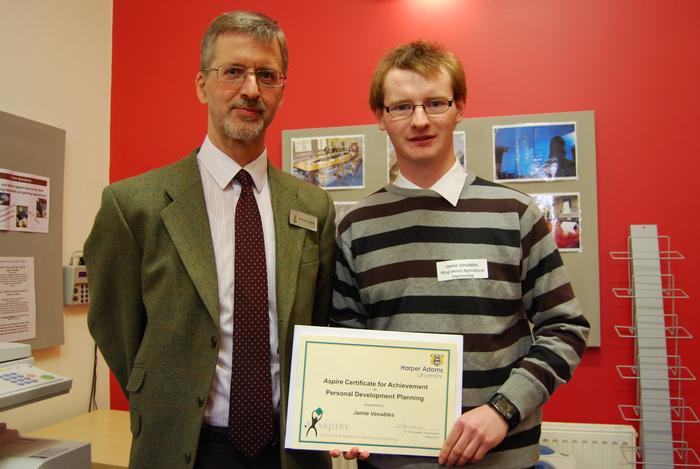 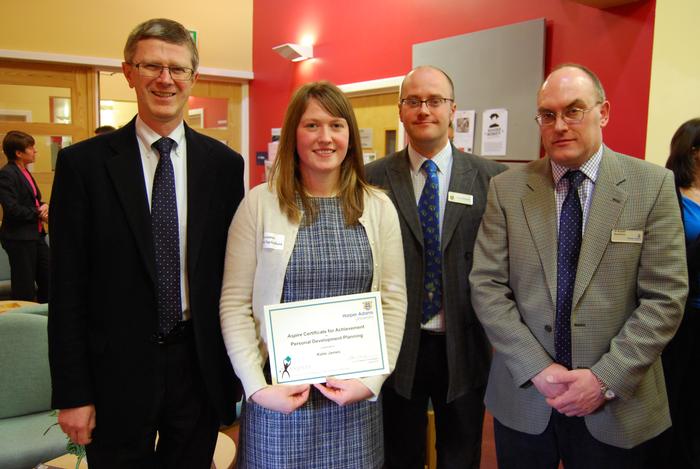 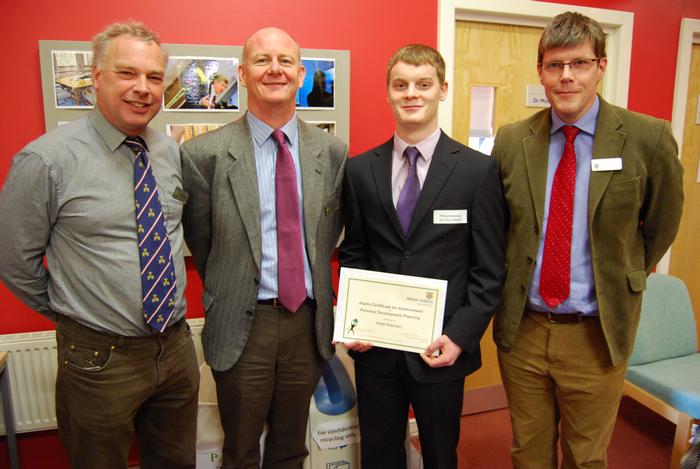 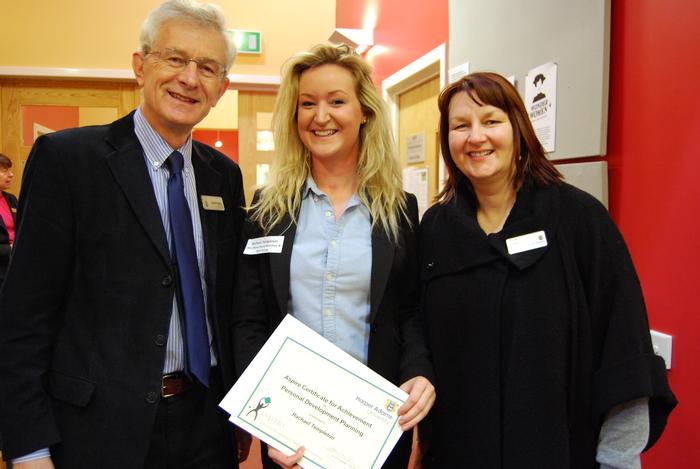 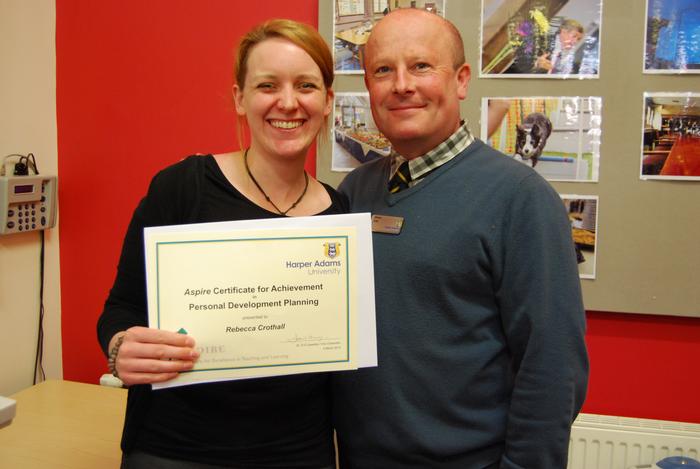 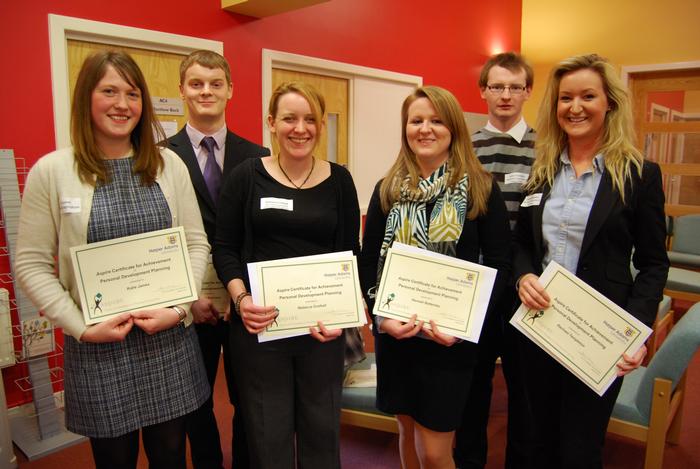