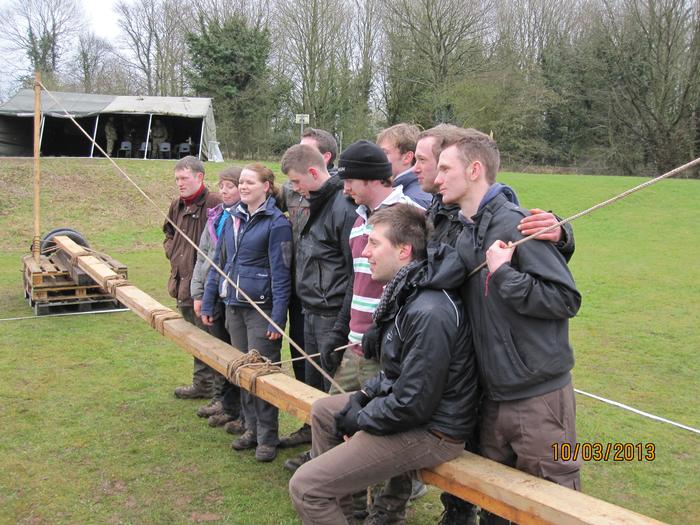 The students were from a variety of different courses and nationalities and formed the only team from a higher education institution.

Second year agriculture student, Christina Cowell, 20, from Preston, said: “The weekend was amazing! I highly recommend it to anyone who would like to learn more about teamwork and also about themselves.

“It’s a good way to see how far you can push yourself and to learn new skills which will be essential for future jobs.

“We have all learnt a great deal about how to lead and be part of a team whilst also giving us a better understanding of our personal strengths and weaknesses.”

The other teams that took part in the weekend included the Fire Service and estate agents, Savills.

The Harper Adams students came top following the first day of activities and were awarded a shield in recognition. They took second place in the bridge building event.

Commenting on the highlights of the weekend, 21-year-old BSc (Hons) Agri-food Marketing with Business Studies student, Davide Tortora, said: “I really enjoyed building the raft as there was great satisfaction in being able to surf the lake successfully.

“We split this task into two groups and demonstrated good team work, which resulted in success as the raft did not sink.

“It was very enjoyable seeing the team encouraging and helping each other. I really felt that we worked very hard and achieved good harmony.

“Leadership is a difficult subject and Lt. Col Andy Leighton of the army base said there is no right answer for it. This challenge has certainly been good for reflecting on myself and leadership within teams.”

Some of the tasks were particularly physical, testing the students and their stamina. BSc (Hons) Adventure Recreation Management student, Stephanie Heeley, 23, said: “Personally, the gun run was most challenging as it required you to push yourself really hard physically, but was definitely worth it.

“For the group, most challenging was the design project where we had to build a car as there were so many people trying to get their ideas across.

“I think I will take away a lot of positive memories, some new friends and a new understanding about leadership in different situations.”

Harper Adams Careers Service Manager, Maria Simpson, co-ordinated the event. She added: “A brilliant time was had by the students learning and developing skills that they will be able to draw upon throughout their undergraduate studies, placement year and as they apply for graduate positions in the final year.” 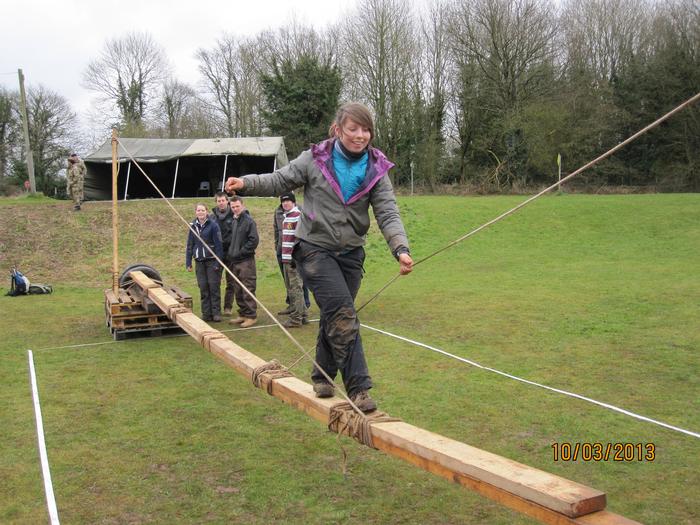 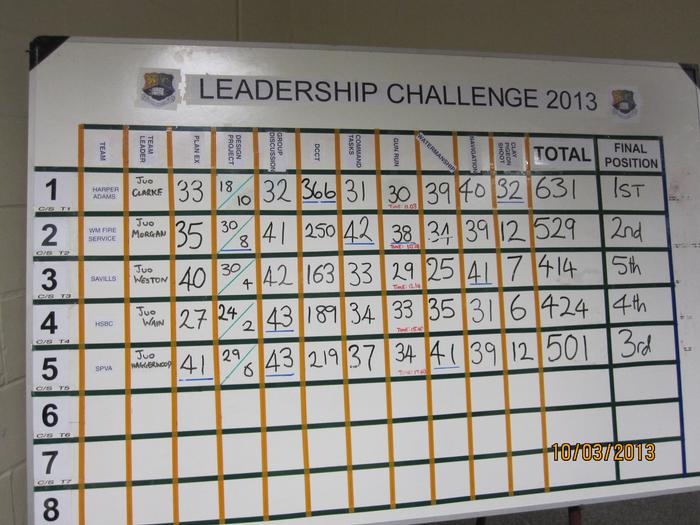