Harper Adams in bake off for Comic Relief

We had everyone in the kitchen making cakes from the chefs to the kitchen porters to the drivers and even the office staff. 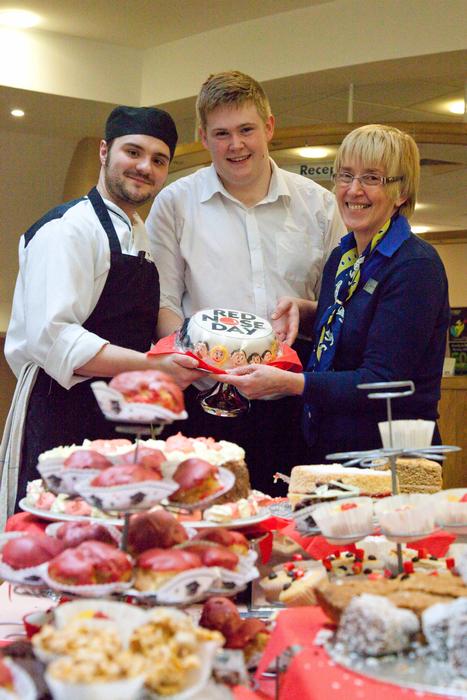 Staff and students at Harper Adams University pulled out all the stops to do something funny for money by staging their own version of The Great British Bake Off in aid of Comic Relief.

The university’s catering department challenged staff and students to get baking, and their Red Nose Day-themed cupcakes, sponges, cookies and flapjacks were sold off on campus earlier today.

A special Comic Relief cake was also created by Jenny David, catering administrator, which was raffled off.

Jake Cooper, a BSc (Hons) Agri-Food Marketing with Business Studies student at Harper Adams, who is carrying out his placement year in the university’s catering department, and Maxine Hughes, head chef, came up with the fundraising idea.

Twenty-year-old Jake, who is from Derby, said the donation of cakes was fantastic and enabled them to raise £355 in just over two hours.

“After watching The Great British Bake Off, we decided to do our own version called The Great Harper Bake Off thinking that lots of people at Harper Adams like to cook and bake with all the food related courses we do,” he added.

“We asked staff and students to come forward and make something for us to sell on campus for Comic Relief.

“We had everyone in the kitchen making cakes from the chefs to the kitchen porters to the drivers and even the office staff.

“There were some donated by students but it was mainly the staff, who have done a sterling job.

“We had 25 cakes donated including chocolate, carrot, Victoria sponges, cornflake and crispy cakes, lamingtons, cookies, flapjacks and all sorts of decorated cupcakes.

“The sale was brilliant and the cakes flew off the shelf. I would like to say thank-you to everyone for their support. All the money will be really appreciated by Comic Relief.” 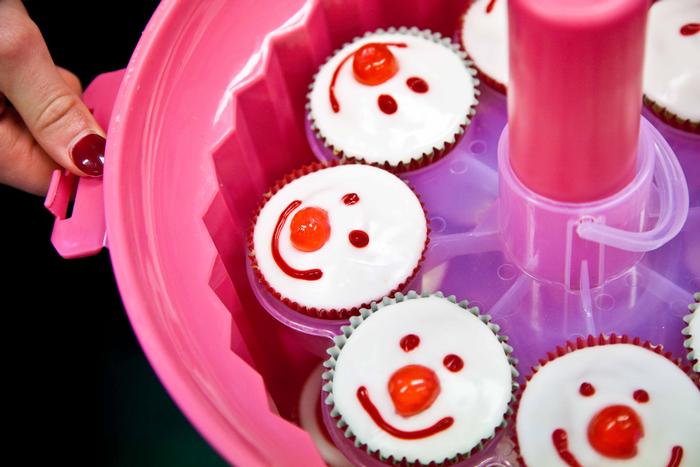 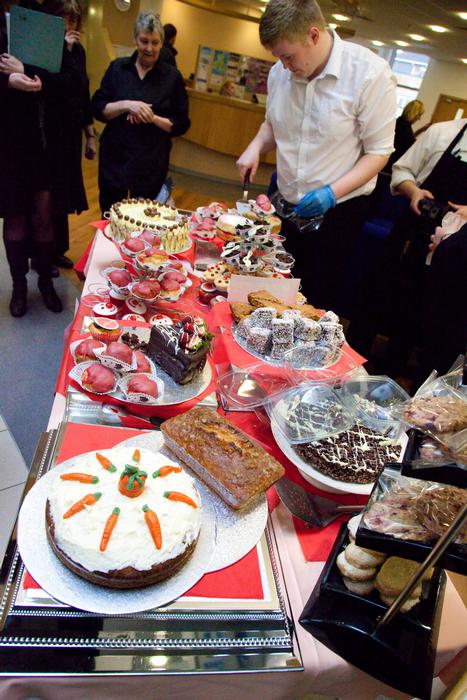