Jim has quietly and earnestly worked to support Agricultural Engineering through difficult times and without his stewardship Harper Adams University and the UK would not be in the position to address the future challenges in the sector. 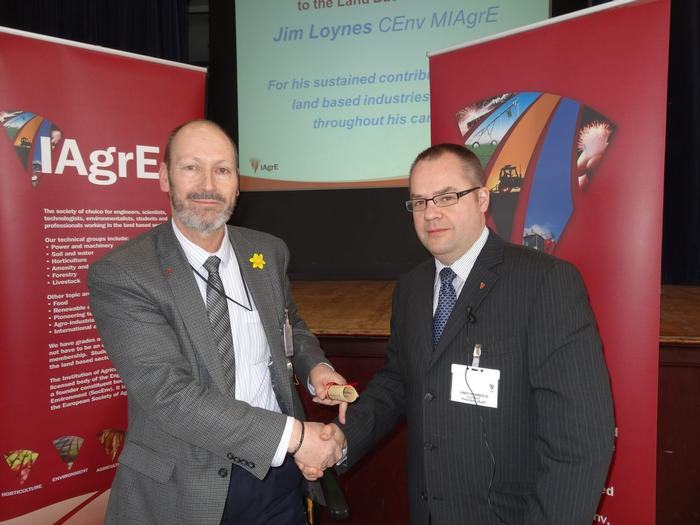 Two lecturers from Harper Adams University have received awards from the Institution of Agricultural Engineers (IAgrE) in recognition of their contributions to the sector.

Assistant Head of the Engineering Department, Jim Loynes, who has worked at the university for 16 years and has been a member of IAgrE for more than 30 years, has been honoured with the IAgrE Award for Contribution to the Land Based Sector in recognition of his hard work and dedication to Agricultural Engineering.

He was presented with the accolade at the 2013 IAgrE Awards Ceremony held during the Annual Conference on March 14 at Harper Adams.

At the same ceremony, Simon Cooper, member of the Wrekin Branch of the IAgrE and a Senior Lecturer in the Engineering Department, was named as a recipient of a Branch Meritorious Service Award. The award is made to members who have consistently rendered outstanding service to their Branch of the Institution over a number of years.

Following the presentation, Mr Loynes said: “I really was very surprised and flattered to learn that the Institution had recognised my work and career in this way.

“I have been involved in developing and applying the Agricultural Engineering principles and skills that I acquired as an undergraduate throughout my career and have thoroughly enjoyed my work.

“I think I have been very lucky to have worked with some very talented and knowledgeable people and also to have been supported and encouraged to develop my interests and skills by colleagues and managers alike and this award is as much for them as it is for me.”

He then worked for 13 years as a Farm Building Specialist with ADAS rising to National Specialist in Livestock Building Design.

He joined the Department of Engineering at Harper Adams in 1997 to teach Farm Buildings and Environmental Control Systems being promoted to Head of Department in 2000.

The award citation reads: “When he assumed this role, undergraduate student intake was 50/annum which then rose under his stewardship to 90/annum in 2011.

“Some of this growth was as a result of a second engineering stream in ‘Off Road Engineering’, running in parallel to the traditional ‘Agricultural Engineering’ programme, designed to meet the requirements of the construction, off road vehicle and military vehicle supply industries.

“During the later parts of his tenure, postgraduate research degrees were initiated with support from the Douglas Bomford and CLAAS trusts and industry.

“He stepped down from his headship role in 2010/11 following a stroke in 2008 which saw him ‘off work’ for a year, however, working with others during this period he helped lay the ‘foundations’ for the design of the recently announced new engineering building at Harper Adams University.

“Jim has quietly and earnestly worked to support Agricultural Engineering through difficult times and without his stewardship Harper Adams University and the UK would not be in the position to address the future challenges in the sector. We believe that he is a worthy nominee for this award.”

IAgrE is the professional body for scientists, technologists, academics, managers and students working in the land based sector. 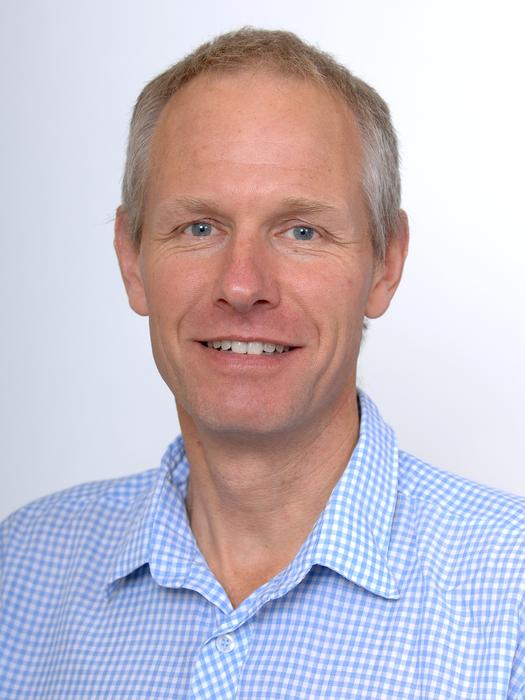