It was an excellent team effort with staff, students and Development Trust members working together to engage our alumni in supporting Harper Adams in its current and future work.

A student at Harper Adams University has been recognised for generating the most donations for the institution through a fundraising telethon.

Lauren Johnston, from Markethill, County Armagh, in Northern Ireland, was presented with a Kindle Fire by Dr Catherine Baxter, University Secretary, at a special lunch yesterday (THURS) in the university’s Regional Food Academy.

Niamh Molloy, 22, from County Londonderry, Northern Ireland, who is studying BSc (Hons) Animal Science, was also presented with a gift after being named runner-up.

And David McBride, 19, from County Monaghan, Ireland, who is studying BEng (Hons) Agricultural Engineering, received a prize for bringing in the single largest donation.

Earlier this year 30 students, who are all scholarship recipients, took it in turns over the course of a week to take part in the Development Trust Telethon by contacting alumni and giving them the opportunity to help support current and future Harper Adams students.

More than £2,000 was raised and will be put towards the new teaching building, or if preferred, donors were given the choice to opt to contribute towards student scholarships.

Ninety-nine scholarships worth £225,000 have been awarded in the past year through the university’s Development Trust.

On receiving her gift, 19-year-old Lauren said: “It was really good fun and I want to say a massive thank you for my prize.

“I was really shy on the phone before doing the telethon but now I will ring anybody, so I think it helped me more than it helped the university.

“I would definitely take part again. It was one of the best things I have done.”

Dr Baxter said: “I would like to say a massive thank you to everyone who participated in the telethon.

“It was an excellent team effort with staff, students and Development Trust members working together to engage our alumni in supporting Harper Adams in its current and future work.

“We are delighted that alumni have been generous in their support of this campaign.” 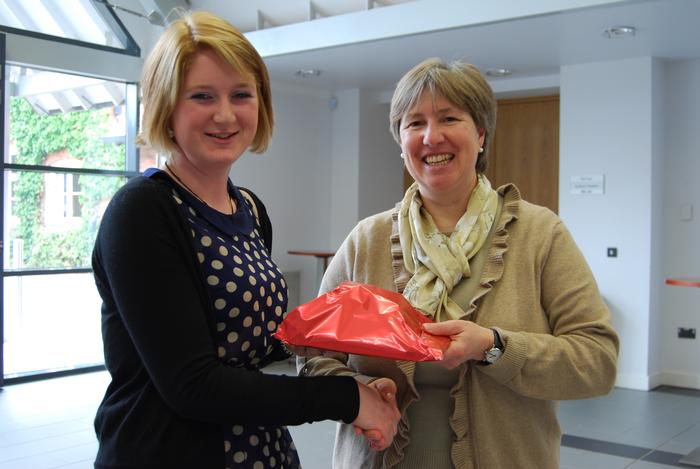 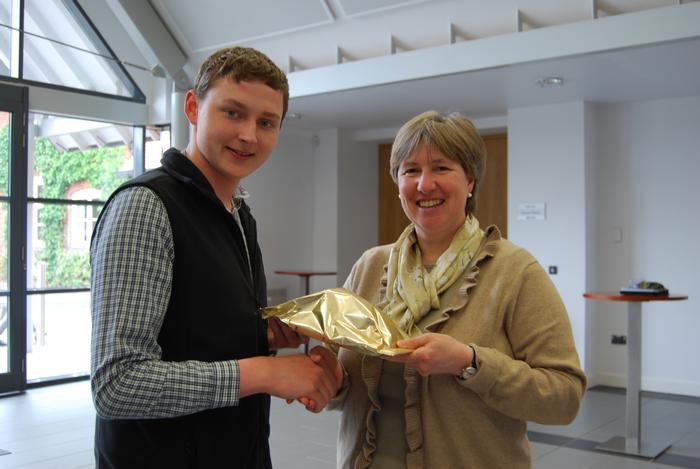