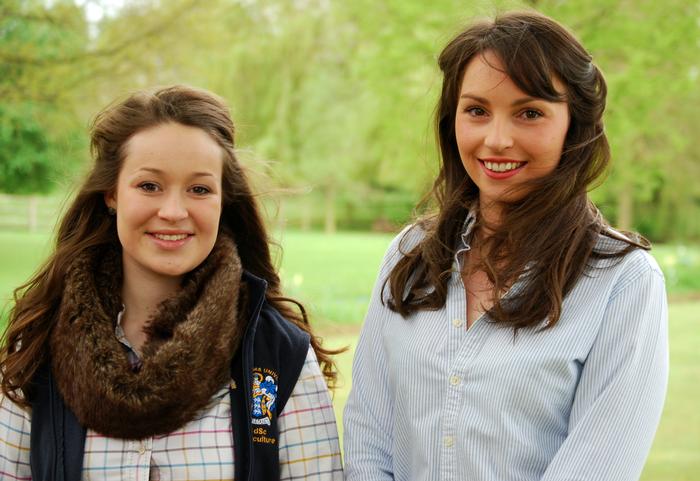 Two Harper Adams University students have reached the finals of the Farmers Guardian Agricultural Student of the Year competition.

Sammie Wilson and Jocelyn Orr have been selected from 50 other entrants from universities and colleges across the country.

The prize, worth £3,000, is a once-in-a-lifetime trip to either the USA, Australia, New Zealand or Canada through AgriVenture. It includes flights, insurance, visas and accommodation.

After being selected for the shortlist, the girls then had to canvass for votes to secure one of the final four places.

22-year-old BSc (Hons) Agriculture student, Jocelyn from Saintfield, County Down, said: “I’m really happy that everyone voted and supported me.

“I’m nervous for the next stage but really looking forward to the experience.”

One of Jocelyn’s proudest moments was recently being awarded the prestigious Victor Truesdale Prize at the annual Harper Ireland dinner.

The award is presented to a final year student from Ireland who has demonstrated leadership, team-building and effective communication skills, thus making an outstanding contribution to the corporate life of the student community.

Sammie, 19, from Haughton, Staffordshire, is studying FdSc Agriculture at the university in Shropshire.

She said: “I’m pleased that my work to campaign for votes paid off as I spent quite a lot of time setting up Facebook groups and spreading the word via Twitter.

“I’m worried about the interview but I’m hoping that by spending time preparing, I’ll be ok.”

Having already travelled to Canada with the Young Farmers International Discovery Programme last year, Sammie is keen to travel overseas once again, but this time to America.

She said identifying her proudest achievement was difficult, but competing to a high level in gymnastics and winning the West Midlands area Junior Member of the Year Competition in 2011 were both up there.

Jocelyn and Sammie have been invited to Stoneleigh, Warwickshire, where they will give a 10-minute presentation about themselves and why they should be chosen. This will be followed by an interview with the judging panel.

The winner of the competition will be announced on May 31.