It is commendable how Staffordshire and Birmingham Agricultural Society are recognising the need to support the county’s future generation. 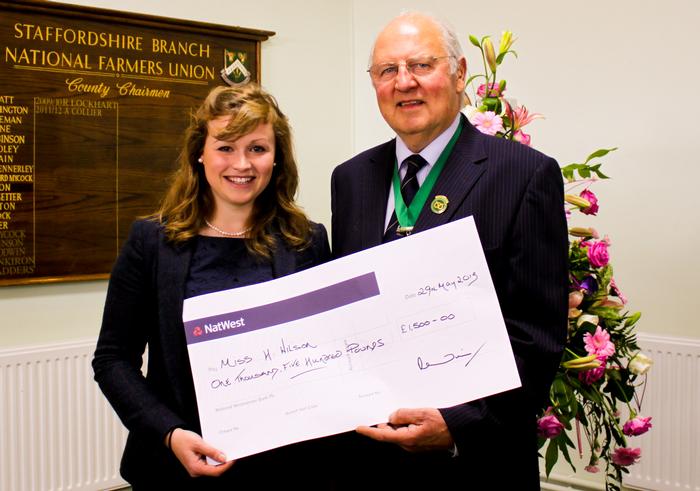 Scholarships were presented during the society’s annual show at Staffordshire Showground on Wednesday to Harriet Wilson, Devinia Redfern and Katie James. Matthew Brookes and Anna Holdcroft were unable to attend the presentation.

The society offers a number of scholarships each year to students based in the geographic area the society covers. This year the students were awarded £1,500 each by the society.

Harriet is in her third year of a BSc (Hons) Agri-Food Marketing with Business Studies degree and is currently on placement with McDonald’s Restaurants Ltd in London.

The 21-year-old, whose family run a farm at Haughton, Stafford, is an active member of the Staffordshire Federation of Young Farmers, spent two years as a regular columnist for Farmers Weekly, and served on the Students’ Union at Harper Adams during her second year.

She said: “It is an honour to receive this award and it’ll be a great help for me as I go into my final year of study at Harper Adams.

“It is commendable how Staffordshire and Birmingham Agricultural Society are recognising the need to support the county’s future generation.”

Devinia, from Church Broughton, Derbyshire, is in her third year of a BSc (Hons) Agriculture with Animal Science degree and is currently on placement with Roses Nutrition Ltd, a pig and poultry nutrition company, based in Newborough, Staffordshire.

The 21-year-old is an active member of Uttoxeter Young Farmers, of which she is the current secretary, and hopes to become an animal nutritionist once she graduates.

She said: “I feel very privileged to have been awarded a scholarship by the society. It’s nice to be recognised for my passion for my studies and wanting a future in agriculture.

“The scholarship will help towards meeting the costs of my final year at Harper Adams.”

Katie, from near Endon, Stoke-on-Trent, is studying BSc (Hons) Agriculture, is an active member of Leek Young Farmers and plays hockey for both Leek and Harper Adams.

The 21-year-old did her placement year on a 300-head dairy farm at Onecote, near Leek, and hopes to return home to her family farm after graduating where she is keen to introduce a calf rearing facility to expand the beef rearing and finishing unit already in place.

She said: “I feel extremely honoured to be awarded this scholarship and would like to thank the Staffordshire and Birmingham Agricultural Society for its generosity.

“Having transferred from a three-year Foundation degree course to a four-year BSc (Hons) degree, I really appreciate this financial assistance towards my extra year of study.”

Matthew is in the third year of a BSc (Hons) Agriculture degree and is currently on placement in Cornwall looking after a block calving cross-bred dairy herd.

The 21-year-old from Crakemarsh, near Uttoxeter, Staffordshire, said: “Thank-you ever so much for the £1,500 that will be put to very good use as I hope to travel to New Zealand to further my knowledge of paddock based grazing systems that will be used when I finally return home to farm.”

Anna, from Milwich, Stafford, is in the third year of a BSc (Hons) Animal Science degree and is currently on placement with animal feed manufacturer H J Lea Oakes.

The 21-year-old said: “I very much appreciate this scholarship from the agricultural society. It will help me to make the most of my time at Harper Adams and achieve the best possible grades I can.”

The Staffordshire and Birmingham Agricultural Society plays a leading role in the development of agriculture and the rural economy in the region. Its work includes support for business and social welfare in rural communities, education and regional shows and events. 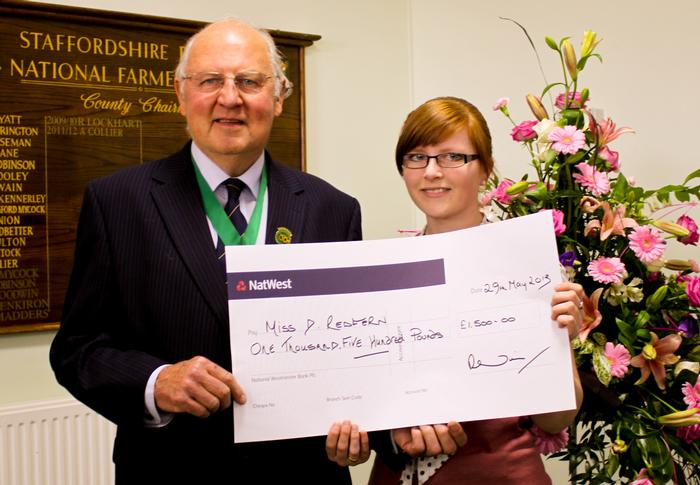 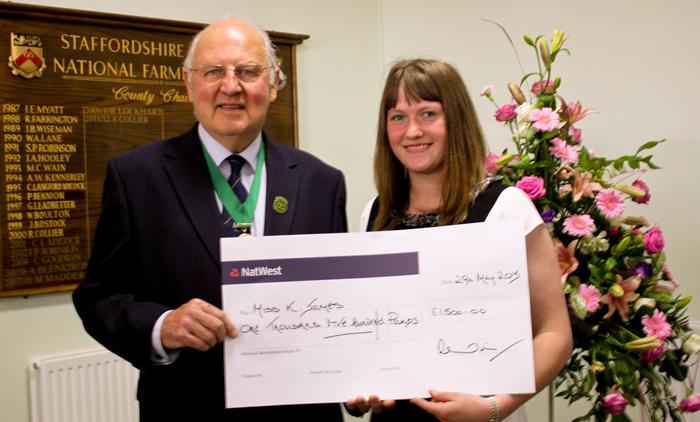